July 11, 2010 at 8:15 PM
comment
Here are a few photos and videos that encapsulate wild ambiance at Guido's on the Hill during Spain's 1-0 victory over the Netherlands in the 2010 World Cup final. Andrés Iniesta scored with just four minutes remaining in overtime to propel España to the first World Cup Championship in the nation's history.

It was unquestionably the busiest day the Spanish-owned bar/restaurant's history. They had a wedding party in the back banquet hall and a standing room only crowd of Spain fans in the front room. The bar sold out of both Estrella Galicia and Estrella Damm beer. They did not, however, run out of Olé Olé Olé chants.
Here's the bar's reaction after Iniesta's overtime goal. If you're curious, Iniesta's undershirt said, "Dani Jarque, siempre con nosotros," in tribute to Dani Jarque, a professional soccer player from Spain who died at the age of 26 of a heart attack in 2009. 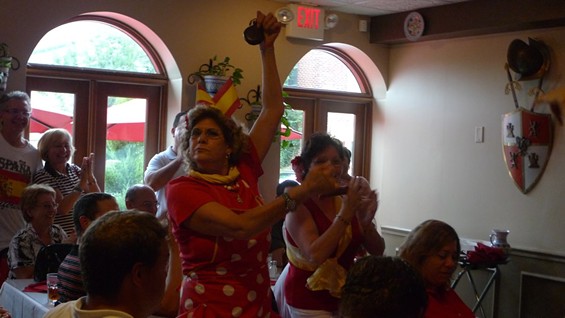 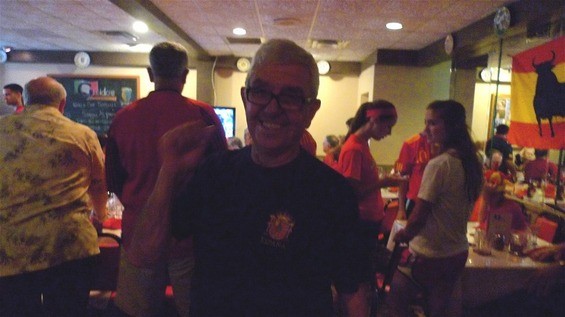 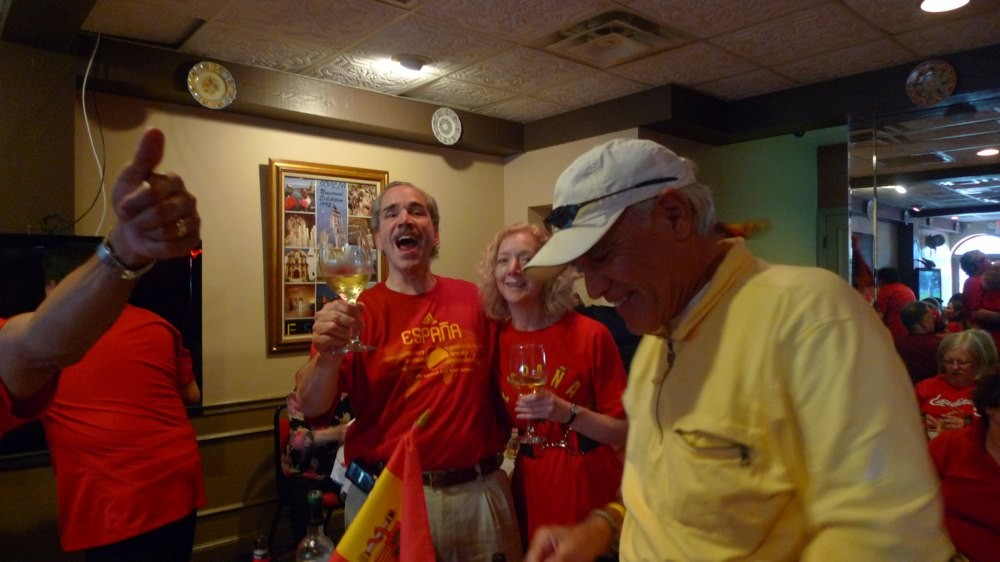