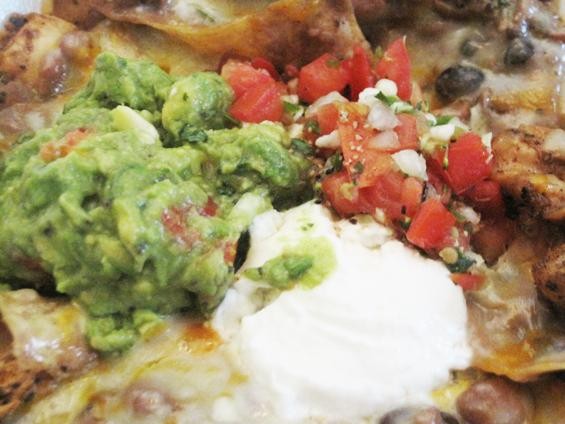 The great Tex-Mex restaurant Nachomama's is another place where I have difficulty choosing one favorite dish. I was sorely tempted to choose the beef soft taco platter, but as regular readers might suspect, there will be more than a few tacos before this list is over. So I went with another favorite: the nachos grande.

What makes these nachos so delicious? Proportion. Chips, cheese, beans, chicken (in this case; several other kinds of meat or seafood are available), guacamole, pico de gallo and sour cream: Nothing overwhelms anything else, and one chip can support an explosion of flavor rather than collapsing under is weight.