#68: Pizza with Pepperoni, Sausage and Mushroom at Pizza-a-Go-Go 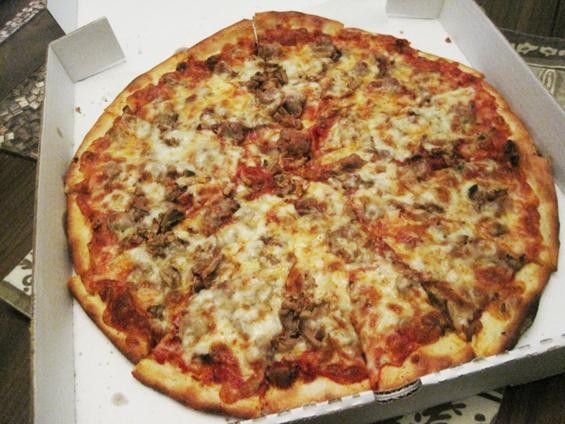 Whether you are of the cracker-and-Provel school or a Neapolitan aficionado, you should be able to find a place in your heart for Pizza-a-Go-Go. The crust is thin but not too thin, with a nice chew and a subtle flavor. The cheese is generously applied -- tangy, but not too greasy. The toppings -- the fennel-rich sausage, especially -- are bursts of flavor.

The LaFata family, founder Frank and now his son, Paul, have operated Pizza-a-Go-Go since 1964, and when I say that any pizza there is my favorite, it is partly because no matter what I order, the good vibes from its charming Lindenwood Park address -- with its cooler for BYOB beer and Italian soccer memorabilia on the walls, as much a family room as a restaurant -- always sends me home with a smile.