#72: The Lunch Buffet at Mayuri 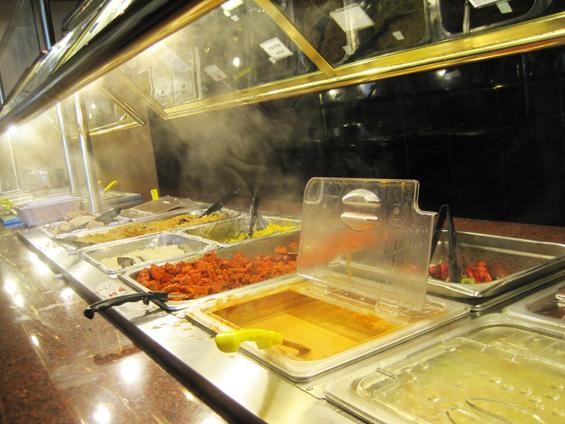 Is it cheating to name the whole buffet rather than a single dish? Well, it is my list. And I never spelled out the rules. (There are a few.) But the buffet is why I return to Mayuri again and again. The selection is terrific, with both buffet classics like chicken tikka masala and less familiar dishes like goat curry.

If I must choose one dish here, the goat curry might be it, pungent and spicy, with tender meat that slides right off the bone. But I'm also a fan of the chana masala, chickpeas in a medium-hot tomato-based sauce with a tart citric note. Honorable mention goes to the dosa brought to you from the kitchen (without asking!). The large, thin pancake wrapped around seasoned vegetables might not be the best thing you'll eat at Mayuri, but in a town lousy with Indian lunch buffets, it's extra little steps like these that make the difference.