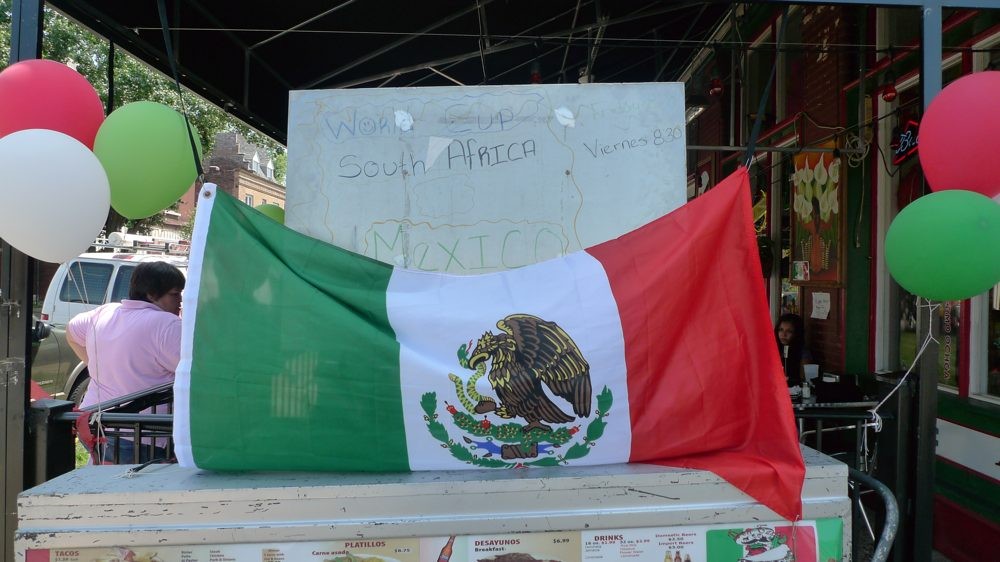 "I feel like I'm rooting for the neighborhood team."

That was the perfectly succinct explanation given by Evan Sult, the drummer/vocalist for local indie rock duo Sleepy Kitty, when asked why he, a very gringo looking gringo, was rooting for Mexico in their World Cup match against France.

Sult was sitting on the patio at Cherokee Street's Carniceria Latino Americana at the time, sipping Corona and consuming a vegetarian burrito the size of an infant. Around him, a raucous crowd of Mexicans decked out in the red, white and green colors of El Tri was sprinkled with a handful of enthusiastic looking Americans, all of whom seemed at home joining in the cheers, sucking down cervezas, laughing at all the jokes being shouted in Spanish and going wild with everyone else when Mexico scored their first goal.

And what a goal it was.

Javier "El Chicharito" Hernandez narrowly escaping an offside penalty when he broke free from the French defense and brought the lofted pass down from Rafael Marquez with his chest. He juked the helpless goalkeeper and tapped the ball into the wide open goal, screaming at the top of his lungs and spinning circles as he looked for a teammate to hug.

At Latino Americana, a tall, bald gringo who'd been drinking a margarita from a gallon-sized goblet let loose a deafening fingers-in-the-mouth whistle. Minerva Lopez, the joker from Mexico's previous match against South Africa, spun circles on the sidewalk and waved a Mexican flag over her head. The crowd broke out in a chant of Mex-i-co Mex-i-co! Mex-i-co!

El Chicharito ("little pea" in Spanish) is the son of former Mexican national team player Javier Hernandez and the grandson of Tomás Balcazar, who scored a goal for Mexico against France in the 1954 World Cup. 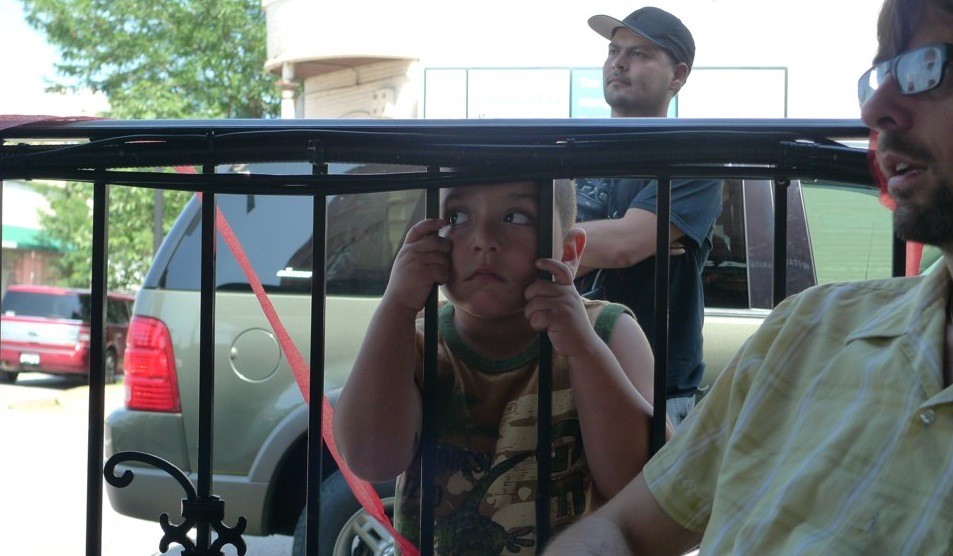 Hernandez is the new darling of Mexican soccer. Along with electric striker Giovanni Dos Santos, the 22-year-old is part of the wave of exciting new young players for the country. A middle-aged American woman at Sult's table said at one point during the second half: "I like the young players, they look like little babies out there."

Ultimately, however, it was Cuauhtemoc Blanco, a veteran, who sealed the match for Mexico. Blanco scored on a penalty kick in the 79th minute. Here's the crowd's reaction to that shot:

As the video shows, the camaraderie and enthusiasm on Cherokee Street for this match was contagious. All sorts of characters walking by on the street stopped by to see what was happening and a fair number of them left shouting "¡Viva Mexico!"