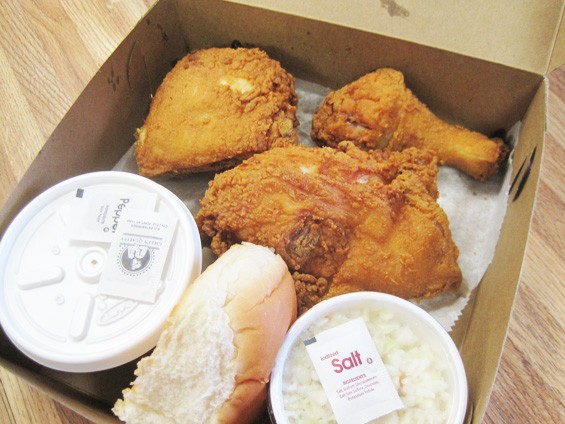 Nothing fancy here. They serve your fried chicken in a plain white box whether you're eating in or taking it to go. No need for bells or whistles, really. This is as good as fried chicken gets in St. Louis. The batter is crisp and, if you like, spicy, the chicken tender, with just the right amount of grease to be sinful rather than sickening.

The spicy chicken takes an extra fifteen to twenty minutes, but it's worth the wait. Not very spicy -- probably a two on a five-chile scale -- it nevertheless kicks hard enough to send Porter's chicken to the next level.