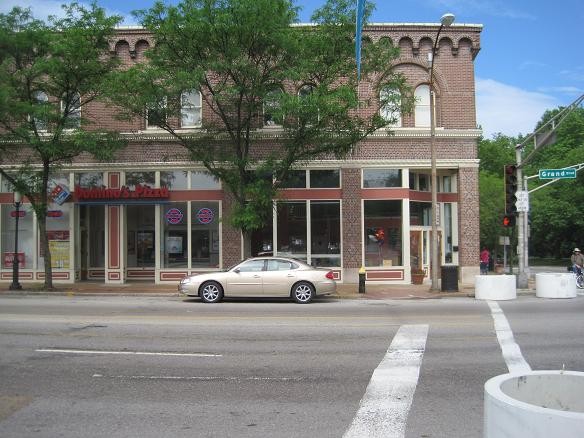 Will the third time be the charm for ice cream at the corner of South Grand Boulevard and Arsenal Street? Tower Grove Creamery hopes so. The ice-cream parlor opened earlier this month at 3101 South Grand.

Two years ago, this corner address (formerly a florist) opened as the first St. Louis branch of Boston-based Emack & Bolio's ice cream. That venture closed in the late fall of 2008, only to reopen in 2009 as Ice Cream on the Park. That venture closed "for the season" in October of last year.

Tower Grove Creamery features ice cream from Central Dairy in Jefferson City, Missouri. (Which, by the way, needs to tend to its website. Not very useful!) The menu also includes smoothies, cookies and hot dogs.

As a former neighborhood resident who knows the heavy foot and automobile traffic at this intersection all too well -- not to mention the fact that, you know, there's a large, popular park located directly across the street -- I can't figure out why this spot won't support an ice-cream parlor. Here's hoping Tower Grove Creamery renders this question moot.