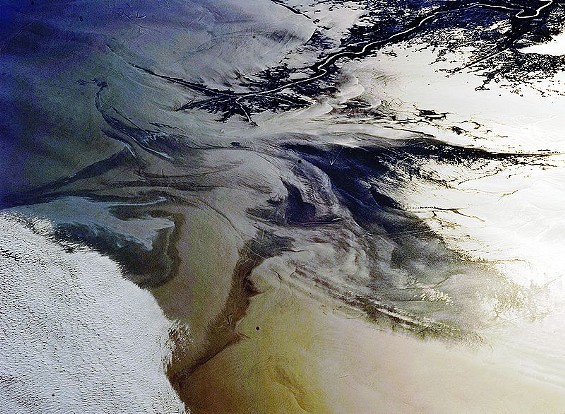 Nearly a month after the explosion that sunk the Deepwater Horizon drilling rig, killing several workers, oil continues to gush into the Gulf of Mexico. While the federal government and BP struggle to contain the environmental disaster, its impact is already being felt here in St. Louis, according to Phil Nekic, wholesale manager at Bob's Seafood.

"It's affecting what we can bring in," Nekic tells Gut Check. "There's definitely a shortage of supply in the short term."

Nekic, who cautions that much of what he has heard from vendors and others is still "hearsay," says that, in his understanding, "The oyster beds stand to see the worst damage." Meanwhile, he adds, "A lot of the independent small fisherman down there, from talking to vendors, are working for BP and the government [on the clean-up]."

For customers of Bob's Seafood, which includes many St. Louis restaurants, Nekic says, "The main concern is shrimp. I've bought as much of it as I can. Some restaurants have attempted to stock up on it."

Nekic notes that Bob's can still import shrimp from Mexico and elsewhere around the world, but that as demand for this shrimp increases in the wake of the Gulf disaster, it will "drive the shrimp price up across the board."

What's more, Nekic says, "After the clean up, however long that takes, people will question the safety of Gulf seafood."

As to the total long-term effect of the spill, Nekic isn't sure: "Unfortunately, everything is still in a very gray area."

News of the World Restaurant News