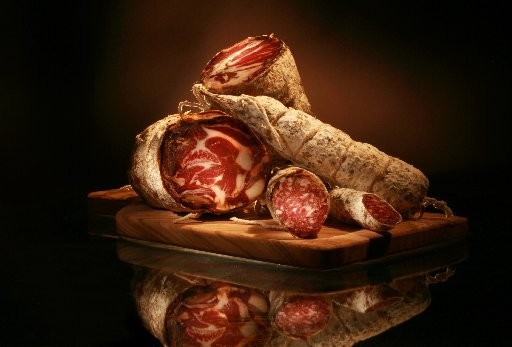 Says co-owner Mark Sanfilippo: "The shop essentially gives Ben [Poremba, co-owner] and I an excuse for ordering wonderful stuff that we want to try ourselves."

They're planning a grand opening celebration to coincide with the debut of their salamis, which are currently aging. There're also a couple of whole-hog roasts in the works.

Finally having their own space after two years suits Sanfilippo and Poremba just fine. "It's a lot of fun, and it's just nice to have a fun place to work in," says Sanfilippo. "Customers so far have been pretty excited to see what we have.

"It's also great to finally have the space to make all the cured meats we want to," he adds. "I'm finally going to be able to make things like lardo the way they're supposed to be made. Exciting stuff!"