Beyond Brunch: Give Mom Local Goodies for Mother's Day

Give your mom some credit. Sure, she might be a crazy bat now, but that woman gave up liquor and soft cheese while carrying you in her womb. She endured rotting McNuggets from your Happy Meals under the seats of her minivan. And those casseroles didn't make themselves, Sonny.

For Mother's Day you can show your appreciation for her hard work and sacrifices by doing the oh-so-arduous task of making brunch reservations so she can graze at the buffet with all the other moms who've been herded like cattle by their spawn. Or you can put in a little effort and give Mom something tasteful, tasty and local. After all, this woman didn't light you on fire when you were fifteen and got busted drinking Everclear and Mountain Dew in the cemetery after curfew.

It's the least you can do. 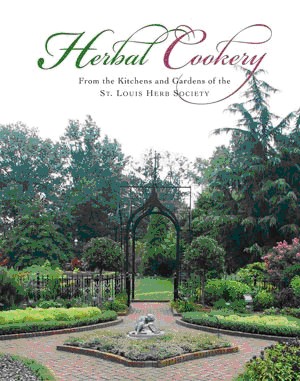 Herbal Cookery From the Kitchens and Gardens of the Saint Louis Herb Society and an herb garden. Fresh herbs from the grocery store are expensive and often half-mush by the time Mom gets them home. Through May, the St. Louis Herb Society will sell fresh herb plants at the Missouri Botanical Garden. Buy her favorites and stick them in a planter, then present her with the society's beautiful new $29.95 book. If you behave she might make something yummy for you.

Manwhore Kitchen Textiles from Squaresville at Paste Crafts Do you think your mom enjoys looking at your dad's hairy ass crack when he's snoring on the couch? Sure, she loves him but come on. Mom's not dead yet. Squaresville Goods, also known as St. Louis crafter Allison Rabbit, provides Mom some much-needed eye candy with her Manwhore line of heavy-duty pot holders and oven mitts. Made from recycled jeans culled from the Upcycle Exchange at Finder's Hive, the kitchen gear is as tough as the beefcakes who grace it. If you'd like keep thinking of your mom as an asexual creature who hatched you from an egg, Squaresville also makes more neuter gear and has a new line of sleek placemats. Her stuff's available at Paste Crafts; oven mitts are $12 and pot holder sets are $14. Allison will be vending at Tower Grove Farmers' Market on May 8.

Amalgamated Distilling 85 Lashes Dark Rum So Mom drinks. It's probably because of something you did. We all know the local wine and beer options, but Mom's earned something stronger. Amalgamated Distilling introduced its 85 Lashes Dark Rum a few months ago. If you don't want her drinking straight from the bottle -- $28.99 at Randall's -- pick up a bag of Goshen Coffee's Bona Fida Espresso Roast at Foundation Grounds, then make Mom a Cafe San Juan: Pour four ounces of cold, strong coffee and 1-1/4 ounces of dark rum over ice in a highball glass. Add sugar to taste and a pretty lemon peel garnish.

Heart-Shaped Gooey Butter Cake from Park Avenue Coffee Get on the phone right now and order one of these babies for your mom. It's too late to have one shipped to her, but she'd rather you hand-deliver this gooey symbol of your love. The cake's mom-approved, too. Park Avenue Coffee's owner, Dale Schotte, still uses his mother's recipe!