Drink of the Week: Slutbucket, the Silver Ballroom 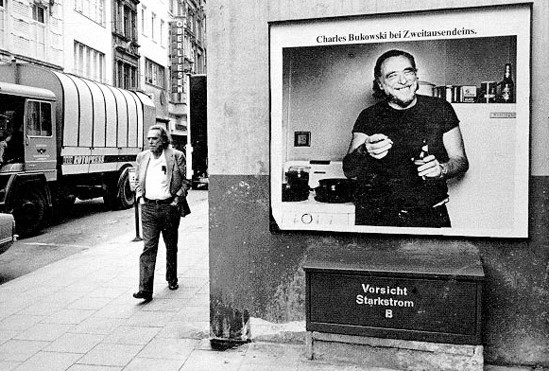 The two of us are giggling like little girls. The drunk to our left is telling the bartender (loudly, unsolicited) how to make something called a Flaming Dr Pepper. "First you take all your flaming liquors...."

"What exactly is a 'flaming liquor?'" she asks softly.

"Um, cinnamon schnapps is kind of flaming, if you think about it."

She had sidled up to the bar, ordered a 32-ounce can of Stag and produced a collapsible beer koozie from her purse.

"Wow, you carry your own? That's...." we trailed off, searching for the right word.

According to Charles Bukowski, legendary poet and drunk, "There are worse things than being alone." He would know -- about being alone and about just how bad things can get. But if you are a young lady at a sparsely occupied south-city bar, alone is not ideal. A certain type of man takes this solitude as an implicit invitation, a flirtatious request: "Won't you join me?" To him, strenuously avoiding eye contact reads as coquettishly demure. She must have recognized the look of quiet desperation on our face, because she'd asked if the stool to our right was occupied. We shook our head, eyes widening with relief and gratitude.

The Silver Ballroom is the latest in a long tradition of great rock & roll bars in St. Louis. The bar itself is covered in concert posters that bring back fond memories. Long before we could drink -- we could barely drive -- we saw shows at the Galaxy and Bernard's Pub. We cut our drinking teeth in the glittery vinyl booths at the Hi-Pointe Bar and at the Rocket Bar and the Way Out Club.

Though not a music venue, the Silver Ballroom oozes punk rock, not in small part because that's all the jukebox plays. The rotating shot specials, a bargain at $2, are all named after icons of punk music: the Pat Smear, the Sex Pistols on the Beach, the Bloody Bad Brains. They have a half-dozen or so pinball machines in the room adjacent to the bar, but our drinking skills vastly outstrip our pinball-playing skills, so we stick to the bar side.

Over the bar, the words "Retox Center" are spelled out in block letters. We have been sampling the Retox Center Drink Specials, offered at $4 a pop and ably mixed by Amanda. She may look rough and tumble with her studded belt, Iron Maiden T-shirt and black-rimmed eyes, but she has displayed the patience of a saint with the drunk guy, who keeps referring to her as "the barmaid."

Peach vodka, pineapple juice and Red Alert, an energy drink. We assume the name was inspired by the drink's orangey-yellow color, as the flavor is pretty much dead-on peach Jolly Rancher.

Mandarin vodka, Midori, blue curaçao, pineapple juice and sweet-and-sour mix. It comes out neon green -- we won't even guess at the origin of the name. About halfway through this second mixed drink, we deem it wise to switch to PBR ($2 bottles every day). Our gentleman caller offers to finish the Slutbucket. He knocks it back, trails of green liquid running down either side of his chin, then declares, "Tastes like watermelon!" More like watermelon Kool-Aid than the fruit itself, but he's in the ballpark.

The girl who has rescued us from him is wearing big star-shaped earrings like Jem and the Holograms, a favorite girlhood Saturday-morning cartoon. The flavors of concession-stand candy and sidewalk-stand paper cups linger in our mouth, and we want to make her a dandelion necklace and suggest spending the night in sleeping bags in our parents' treehouse. Later she says she would have married him -- the man whose name continues to hover at the top of her contact list owing to the cold and arbitrary demands of the alphabet, the one she still loves, the one she left, although she didn't want to.