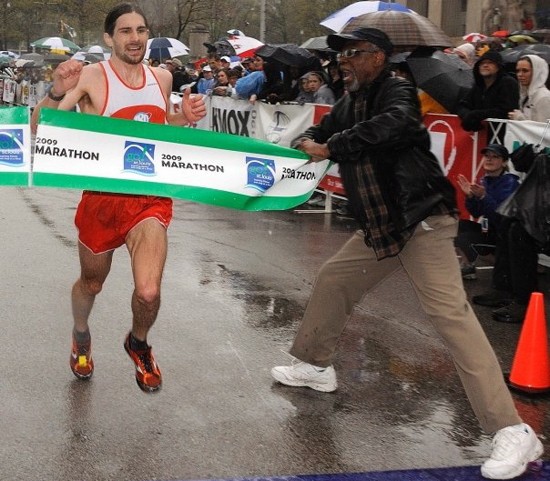 It's hard to be a secret jock: amassing a wardrobe of wicking fabrics, gigantic tubs of protein powder taking up valuable shelf space, fastidiously hydrating and carbo loading on Friday nights. So who wants to wake up at 5 a.m. Sunday to run thirteen miles?

Let's just say Gut Check knows someone who does.

Running is a funny thing. Ideally it should require little preparation: Throw on an old T-shirt, shorts and some decent shoes, and cruise through nicer neighborhoods than you can afford to inhabit. Contrast that to cycling, which involves mapping routes, then driving 45 minutes just to get to some decent hills. But cycling can also involve real food: It's not such intense exercise that you might puke, and you can squirrel away sandwiches and fruit into saddlebags and pockets. Running? Not so much.

So the runner inside Gut Check has become a veritable connoisseur of sports-energy packs. Because when you spend the second half of every run (or ride, for that matter) fantasizing about a torta de asada from La Vallesana, it helps to have something to tide you over...

2. Hammer Gel Luna's aimed squarely at women. This stuff, howevs, is dudely as all get-out. Gut Check might have a stockpile in the basement, thanks to a motherlode left in bulk along the side of the road the day after last year's marathon. We said might. Don't judge us. Apple cinnamon is actually good, and it includes no artificial flavorings.

3. Power Bar For when you just want amalgamated foodstuffs. These seem to have been reformulated in the past year -- the first ingredient used to be high-fructose corn syrup, which led to a brutal suga- rush-and-crash cycle. Has that outcome changed? We need a guinea pig -- any volunteers?

4. GU Energy Gel Who has two thumbs and wants to eat chocolate pudding in the middle of a marathon? You too, huh? Most of the varieties also have caffeine, because it sucks to wake up early and run.

5. Clif Shot Energy Gel A little less freaky than the above-mentioned GU in terms of ingredients, but the combo of sea salt and fruit purée can be a little funky if you're not mentally prepared for it.