The weather is warming up and your thoughts may have already turned to barbecued pigs trotting through puddles of tangy brown barbecue sauce. Maybe not, but one thing's for sure: Grilling meat over fire is a primordial act that is done across the planet, year-round, with nearly every food imaginable. Kind of makes "barbecue contests" and "best barbecue" titles meaningless, no?

All humans love to grill, and all humans think they are the best grillers. To bolster their claims, many BBQ'ers fashion trailer-size tributes in the form of grills, yet others are content to expertly roast dinner on a mini hibachi. As a springtime salute, we present a look at grilling around the globe. 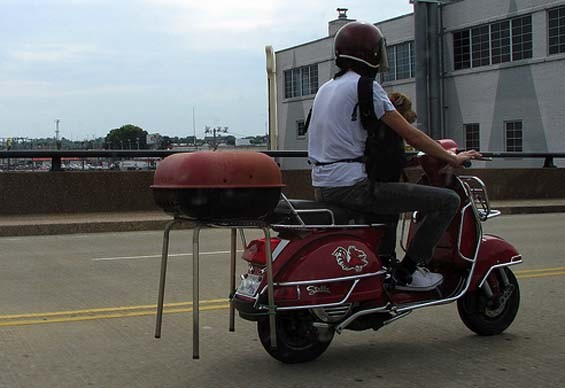 Look closely: There's a dog in front, riding shotgun, as it were. Let's hope this trip represents this man's move to a new home, because one doesn't need much more than this. 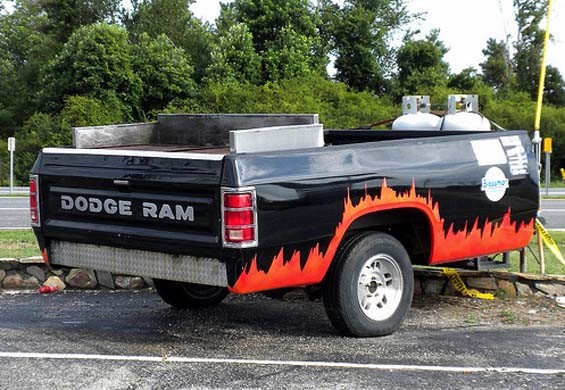 The bed of a Dodge Ram pickup, converted into a barbecue trailer. Shot in Galt City, Florida.

Ah yes, what better place to set up a barbecue grill than on a small traffic island in Ruda Śląska, Poland? Those crazy kids!

The "Hemi" barbecue grill that looks so impressive, you have to wonder if the food cooked inside it is any good.

Off the coast of Lesbos Island in Greece, this boatside grill looks handy -- if not entirely sturdy.

Texans may lay claim to living in the state that's proudest of its barbecue. That's debatable. What's undisputed is that Texans like everything huge, and preferably gun-shaped.

A huge grill in Liverpool, England.

Grilling in Vietnam in 90 degree temperatures with about 90 percent humidity, according to the photographer.

Don't these personified animal grills tend to give you the creeps?

Part two of our list is on the next page... 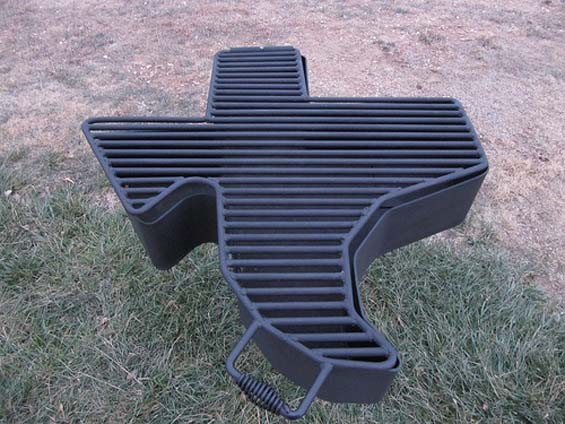 Yes, Texas, we get it already. You like your state.

Football and grilling: an American pastime. The football shape is the grill, which is ridiculously huge.

The best graffiti writers make anything their canvas. Except for a grill, which stands alone and untagged. Shot in Brooklyn, New York. 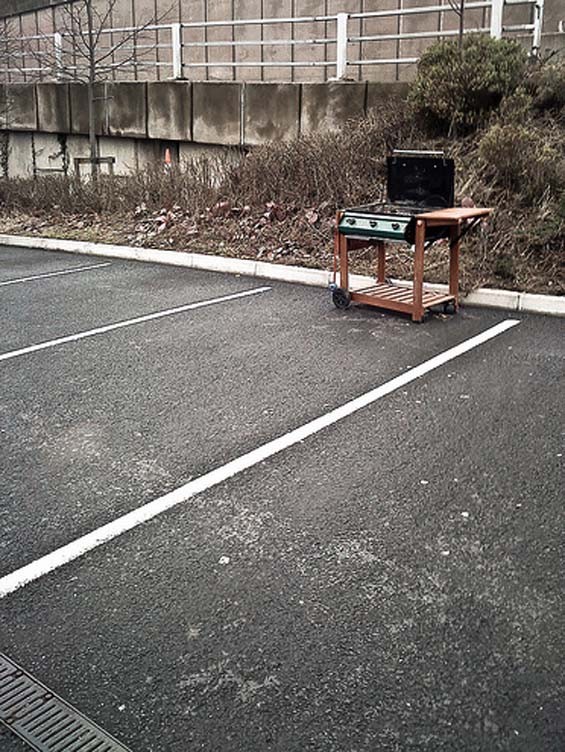 Finally a use for the Ford Pinto. The owners of Country's Barbecue in Columbus, Georgia, converted this deathtrap into a smoker.

A space shuttle grill. Photographed at the University of -- you guessed it -- Texas.

Cooks prepare a wild boar on this massive rotisserie-style grill in Japan.

As its name implies, this is truly an "Über Grill."

We'd be remiss if we were to exclude the classic American staple: the barrel grill.

It's only appropriate to round out this list of global grills with the biggest grill from a state that prides itself on being bigger: Texas.