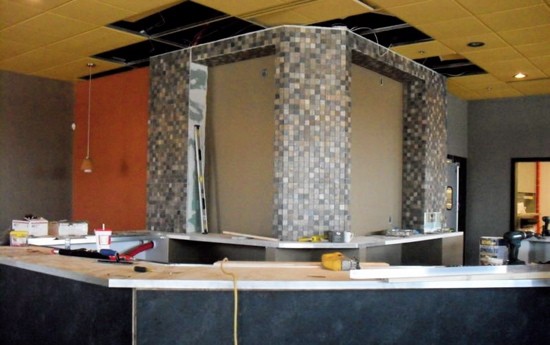 Fans of Tortillaria Mexican Kitchen will soon be able to dine at an upscale Webster Groves version of the CWE eatery: Milagro Modern Mexican.

Located at 20 Allen Avenue around behind the Straubs/BreadCo industrial complex, in the corner spot that previously was home to Natural Fact Deli, Milagro will feature a full bar and an entrée-oriented menu that will include grilled meats, moles and seafood. Tequila "flights" will be offered, as well as regular and specialty margaritas, including a hibiscus version.

General manager Ryan O'Toole says he and chef/owner Adam Tilford want to create a higher-end ambiance, as opposed to a "themed" joint.

"We are not trying to be a Mexican-themed restaurant with neon beer signs, arched adobe doorways, sombreros and chile pepper light strands from wall to wall," says O'Toole. "Instead we want Milagro to resemble a nice restaurant you might visit on a night out with some locals on a trip to Mexico City."

Limited outdoor seating will be available, as well as a soft seating area where patrons can snack on small plates and drinks while waiting for a table.

Look for Milagro to open at the end of April.