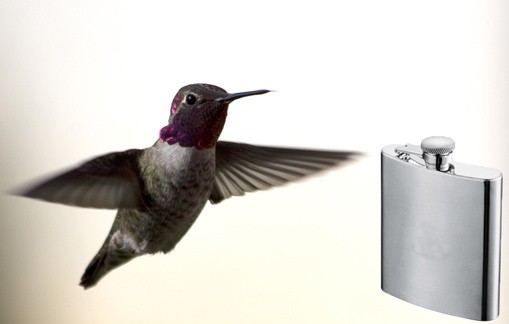 If wine flights are a great deal -- and they are -- whisky flights are an even better one. There are plenty of good bottles of wine to be had for $10 from a fine wine shop, but you'd be hard pressed to find a bottle of single malt for less than $30, and most distilleries' "entry"-level bottles are pushing $40 a pop.

With whisky prices skyrocketing and supplies tightening, these flights are a real boon.

So let's get this party started!

A fan of Johnnie Walker Red or Black? Here's a nice step into the world of single-malt whiskies. These malts are some of the signature whiskies that power the success of the Johnny Walker blends. Taste and see what each brings to the party: Caol Ila's oily richness, Clynelish's unabashed classiness and perfume, Lagavulin's intensely dry peat and Talisker's wild peppery punch.

All are absolutely first-class malts in their own right, and tasting them side by side provides a great overview of what Scottish single malts have to offer. Depending on where you shop, picking up a bottle of each of these at retail would set you back about $225. Getting to compare them all for $20 is educational and a heck of a value.

Scotland is not the only country where high-quality single-malt whiskies are being made these days. This flight gives a glimpse into what the rest of the world has been up to.

McCarthy's is young, raw, oily rich and very peaty. It's the product of base beer (called wash) brewed by Widmer Brothers, and then distilled by the gazillion-times award-winning Clear Creek Distillery.

Yamazaki is a study in refined maltiness. The Japanese have a tradition of whisky-making in the Scottish style dating to the founding of the Yamazaki distillery in 1923. Japanese whisky parallels Japanese cuisine -- it's not as flashy or bold as many others, but within its more restrained boundaries lie great and compelling complexity.

Michael Collins walks between the other two whiskies in the flight, bringing plenty of malt, but balanced by a bit of peat smoke. A rare single malt from Ireland, produced by the independent, Irish-owned Cooley distillery in County Louth.