The Kirkwood Dunkin' Donuts is Now Open for Business -- And It's Not the Only DD Franchise Opening... 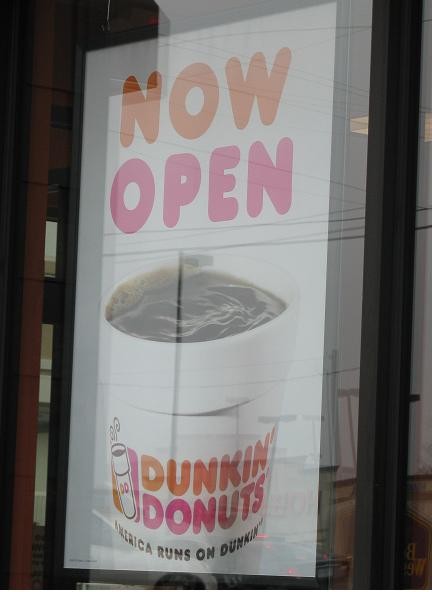 Although the grand opening of the Kirkwood Dunkin' Donuts is still set for Thursday, March 11, tipsters on Gut Check (thanks to all of you!) pointed out that they had a soft opening this morning. Sure enough, when I dropped by early in the afternoon, the DD (located at 1210 South Kirkwood Road) was open -- and doing brisk business. According to the cashier I talked to, the place had been busy since opening. (Only a few customers besides me were there when I walked in, and he said this was the slowest they'd been all day.) I bought a bag of Munchkins -- which were summarily gobbled up by RFT staffers when I brought them into the office.

However, the Kirkwood franchise isn't the only DD set to open in the coming weeks in the city...

A DD franchise is in the works at Lambert Airport in the East Terminal (a.k.a., where Southwest is), near security. And as of last week, the opening date is "possibly later in March," according to Carrie Reckert, marketing contact for Dunkin' Donuts. My boyfriend was in the terminal over the weekend and reported that there was no word yet on an opening date near the location. Co-worker Aimee Levitt snapped this photo a few weeks ago of the scene: 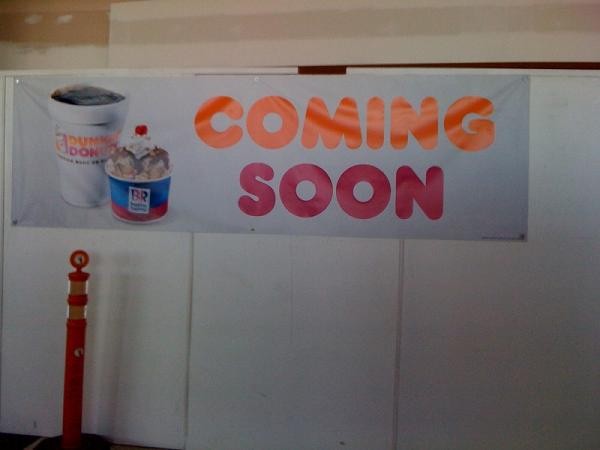 A job fair was held a few weeks ago, so hopefully the opening date is sooner rather than later. Oh, and another franchise at Terminal 1 (a.k.a. the Main Terminal) is also tentatively scheduled to open in the spring.