Hey, map -- wanna take this outside? 'Cause it sounds like you're saying St. Louisans prefer shopping for dry goods to drinking.

According to the data mappers at FloatingSheep.org, St. Louis city and county have more grocery stores than bars. In fact, the pocket of yellow dots indicating we're heavy on the groceries also means we're as beige as most of the nation.

The east side, though, is cherry red with bars! So is a strip out to our west. (Jeff City, is that you? Wentzville?) 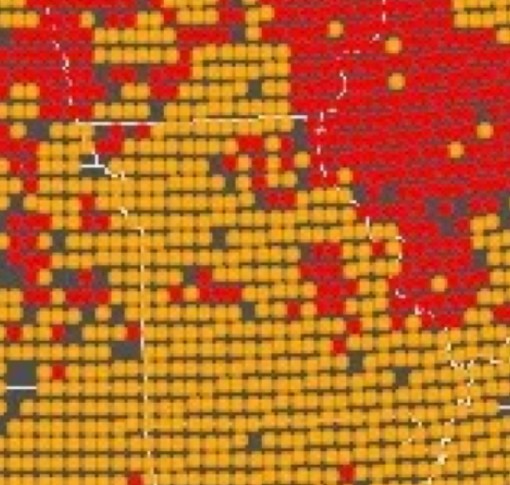 "Depending on your inclination, I think one could argue that the St. Louis metro area represents a beacon of civilization and culinary opportunity -- a grocery store on a hill, as it were -- in a region that seems strongly focused on figuring out where the closest bar is," says FloatingSheep's Matthew Zook, a geography professor at the University of Kentucky.

We're inclined to buy that smart man a drink -- at an east-side bar, if he'd like, or at our place (after a quick stop at Schnucks).