Given Gut Check's never-ending quest for obsession with great wine values, we figured it'd be a good idea to check in from time to time with local merchants. Note that we say "wine values." Price is important, but value is really what we're all after. 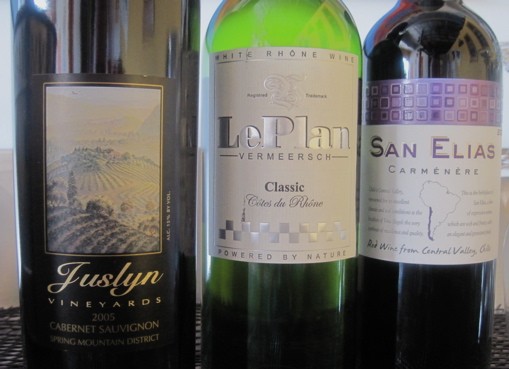 [Click here to read a profile of Paul Hayden.]

The carménère grape originated in the Bordeaux region of France, but it was wiped out there by the devastating vine louse, the infamous phylloxera, in the late 1800s. Fortunately, vine cuttings had already been exported to Chile, where carménère thrived.

Hayden tells us not to be misled by this wine's price. "The San Elias does have a Bordeaux quality: rich fruit balanced by good tannins and earthiness."

He suggests pairing it with a good cheese plate. 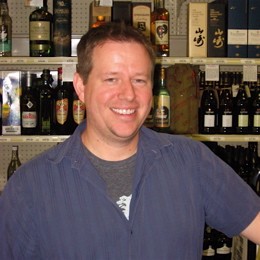 "One of our most exciting finds this year," says Hayden. This producer hasn't been around very long -- LePlan-Vermeersch's first vintage was 2001 -- and hasn't previously been imported into the United States. (Winery founder Dirk Vermeersch, a Belgian, is a former race-car driver.)

To the popular southern Rhône blend of roussanne and marsanne, this wine adds the relatively uncommon clairette grape. The grapes are all certified organic, and the wine is completely un-oaked.

Hayden's verdict: "A lot of wine for $17. Tastes like white Châteauneuf-du-Pape, for one-fifth of the price."

And he's right. This wine's got a lively, bright green gold color, smells of citrus but there's also a deeper, waxy nuttiness and some herbal aromas that add further complexity. The flavor doesn't quite match that level of intensity, but there's a lot of wine here. This would be terrific with a meaty fish like halibut, or a fattier one like salmon.

Still got something left in the ol' wallet? Splurge: 2005 Juslyn Cabernet Sauvignon Napa Valley Spring Mountain District - $90 The Spring Mountain District is located on the eastern slopes of the Mayacamas mountains, which form the border between Napa and Sonoma counties. It is home to some of Napa's best-known producers, including Philip Togni and Pride Mountain. Red wines from Spring Mountain tend to be made for cellaring, but Hayden says this one's "drinking beautifully right now and has ten-plus years left to improve."

"Big black fruit profile with noticeable tannins and some vanilla from the oak," he adds. If you're a fan of age-worthy Napa cabernets, the Juslyn "has everything all wrapped up into one wine."