The Noble Writ: Burgundy From the Ground Up 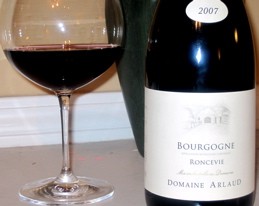 ​Tasting notes:
Pale red in color. The aroma is redolent of tart cherry fruit, but there's an undercurrent of earthiness -- a hallmark of red Burgundies -- and spicy oak. Medium weight in the mouth, where the dark fruit stars again. You get some tannic structure, but nothing overpowering. This wine took a couple of hours to really get singing, so if you're drinking it now, decanting before pouring would be a good idea.

Today's wine is an example of a single-vineyard Bourgogne, from the well-regarded village of Gevry-Chambertin. (It's farmed organically, though this small producer doesn't bother to seek certification.)

For anyone who likes wine, it's worth getting to know Burgundy, because it is the point of origin for two of the finest grape varieties -- pinot noir and chardonnay. In addition, Burgundy is one of the best areas to explore the concept of terroir, that virtually untranslatable French term for the phenomenon that grapes transmit to wine some of the character of the ground they're grown in.

The trouble is that a lot of people are put off Burgundy because the region's wines are organized in an uncommon (and complex) hierarchical structure -- one that's codified in French law.

The good news is that the system isn't nearly as daunting as many people make it out to be. 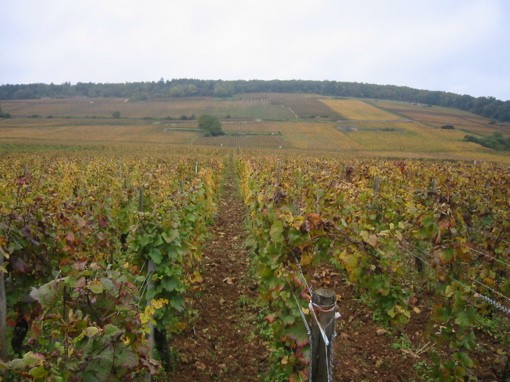 Wikimedia CommonsVineyards in Gevrey-Chambertin, birthplace of today's featured wine.​At the base level are wines made with grapes from any of Burgundy's sub-regions. The most commonly seen of these is "Bourgogne," which permits grapes from anywhere in the entire Burgundy region.

Bourgognes from large producers are usually the product of widely dispersed vineyards and offer little glimpse into what makes the higher-level wines of Burgundy so addictive to Burgundy fans.

But Bourgognes from small producers are often the product of a single vineyard, or just a handful of vineyards, usually located near the region where the producer's higher-classed wines also come. These can be great values, as these vineyards and the wines they produce receive as much care as their more prestigious relations. (With respect to terroir, in some instances all that separates the high-class spreads from their lesser brethren is a road or old footpath.)

Next come "Village" wines, which permit the inclusion of grapes grown anywhere within the legal limits of a particular town (which often vary from the geographic limits of said town). Values abound here as well, particularly in down years, when many good producers demote to "Village" higher-level wines that haven't met their expectations.

The two highest designations in Burgundy -- "Premier Cru" and "Grand Cru" -- are vineyard-specific and based on centuries of winemaking (and politics; this is France, after all). A few Premier Crus might rightly be more appropriately labeled Grand Crus (and vice versa), but overall there's surprising consensus regarding the rankings.

There's also very little in the realm of Premier or Grand crus that most of us can afford.

But even at the lower levels, Burgundy has a way of captivating wine lovers, and for good reason.

A good rule of thumb is to start with Bourgognes. Once you find some you like, apply the simple mantra of "producer, producer, producer" and work your way up the hierarchy as far as you want to go. If you enjoy a winemaker's Bourgogne, you'll probably like his or her other wines as well.

Other quality Bourgognes to look for around St. Louis include those of Robert Chevillon and A. et P. de Villaine.