The Throwback of the House Grand Finale: A Farewell to Aspic

February 08, 2010 at 11:35 AM
comment
Two weeks ago, after nearly a year of writing Throwback of the House, I finally got the nerve to feed my friends one of my creations.

Three days later, I got a call from my editor, informing me that it's time to end this madness.

I'm pretty sure this isn't a coincidence. 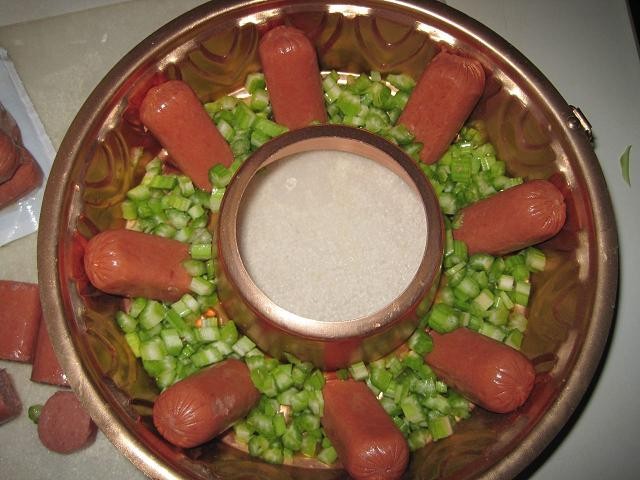 In bidding farewell to Throwback, I've brought forth one of the first recipes I found. A dish so bizarre that it must be reserved for a special occasion such as this. A dish so potentially vile that it would make me never, ever want to experiment with old cookbooks again.

I present to you, from 1953's 500 Tasty Snacks: Ideas of Entertaining, Aspic Entrées: Jellied Bouillon with Frankfurters. 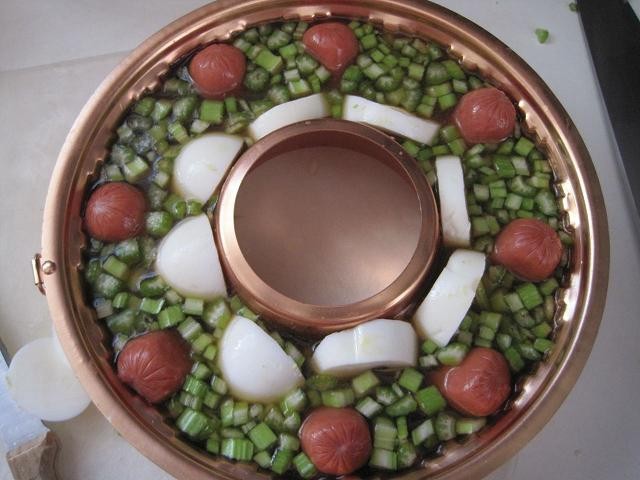 I usually do my experiments after my five-year-old daughter has gone to sleep, but due to gelatin's long chill time, she caught a glimpse of it in the fridge and asked her dad what it was. After he described the recipe and explained that, yes, people used to eat such things, she wrinkled her brow, cocked her head and said, "That's got to be a joke."

Before our final serving, she protested by stealing my dry erase board and writing "NO! NO! NO!" all over it. 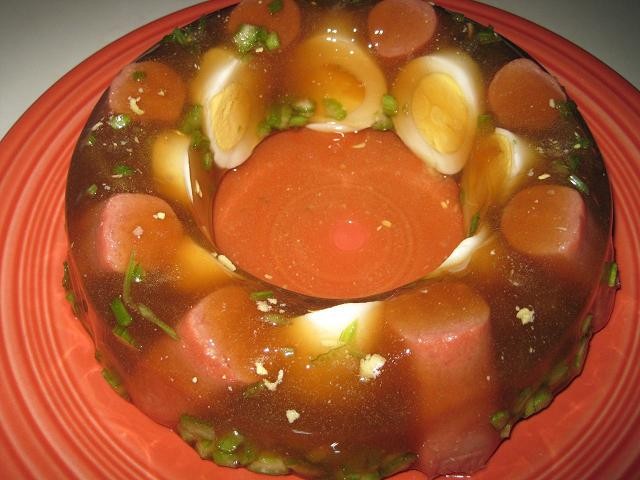 I don't even want to get into the symbolism of hot dogs and eggs trapped in jiggly fluid with her yet.

As for the taste? Jesus Christ, it's processed meat in Jell-O, with a little crunch from the celery and some extra slime provided by boiled egg white. What the hell do you think it tasted like? I managed one chew before the whole mess rocketed out of my mouth into the sink.

Four hours later, when I was going to bed, my mouth rinsed with water and Everclear, I had a flavor flashback and started gagging.

I think that means it's time to go.