The Dive Bomber Learns the State of the Union at LaRocca's

I arrived at La Rocca's ten minutes into the State of the Union address. Five men sat at the bar, silent, engrossed in the speech. They turned to look at me as I tiptoed to a bar stool and ordered a Bud Light in a whisper.

"Tax the rich motherfuckers!" one of the men announced when President Obama referred to the tax cuts of the previous administration. He turned to me and said, "I apologize for my language. Who're you? My name's Luther. This," he swung his arms wide, "is my family." 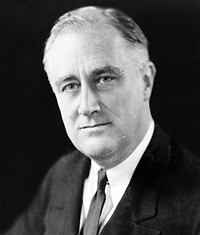 At the other end of the bar sat an old man with a newsboy's cap and a thick mustache. "You're probably too young to remember this," he said to Mary, "but there hasn't been a trustworthy president since F.D.R. You remember him?" Mary rolled her eyes and laughed. She was born a decade after Roosevelt's death. Throughout the speech, he'd remind us, "Hasn't been an honest president since the Roosevelts!"

"Big banks fuck us without Vaseline," Luther offered when the president said he wasn't fond of bailing those guys out. The mumbling man said something I couldn't understand, but Luther did. "I'm just offering my critique of the speech."

It didn't seem like anyone aligned himself with either political party. Distrust and cynicism borne of getting the shaft by the system beat down any allegiances.

"What about coverage for shit like hearing aids?" the old man in the hat asked when childhood health coverage was broached.

"What about the house I lost?" Luther asked when middle-class tax breaks were mentioned.

We can debate political theories, read think tank reports, check political blogs umpteen times a day, and it's not going to teach us as much as watching the State of the Union address in a mostly-empty, wood-paneled neighborhood bar. The people whose lives are the topics of esoteric debate are hurting and angry.

But they've got a family in each other. With most of the men well-marinated in beer by the end of the speech, Mary made sure none of them were driving home. Everyone made sure everyone else had the means to get home safely and keep warm. And it didn't require a filibuster.

Robin Wheeler writes the blog Poppy Mom and is a regular contributor to Gut Check. She also has a strange attraction to drinking establishments with jars of pickled -- or possibly fossilized -- eggs. She reports on these dives every Thursday.