January 21, 2010 at 12:00 PM
comment
I visit more restaurants than I have space in the RFT to review. Fast, Casual offers brief takes on these dining experiences. 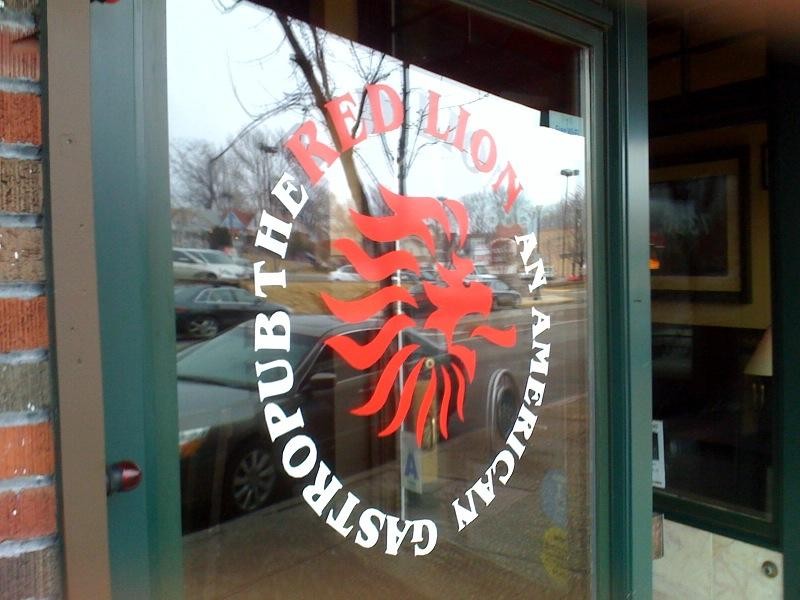 The Red Lion (7336 Manchester Road; website) calls itself an "American Gastropub." Fear not, pretentious police: Even if we food types could agree on what makes a gastropub -- American or otherwise -- a gastropub, the Red Lion wouldn't fit the bill. Really, if you want to give the Red Lion a fair shake, ignore the term gastropub entirely. It's a straight-up bar and grill -- and should be judged as such.

The Red Lion opened in July of last year in the Maplewood space formerly occupied by Mike Johnson's short-lived pan-Asian restaurant, Fu Manchu. Though Fu Manchu's kitschy Asian-themed décor is gone, the overall look of the restaurant is much the same, including the odd, giant ceiling fan near the bar.

The menu is straightforward. Appetizers include T-ravs, onion rings and wings. I tried the hot wings, which were terrifyingly plump -- are those drumettes or actual drumsticks? -- but not very spicy. The sauce's vinegar tang was muted, though it did have a mild mustard-like note.

The main selections are burgers, sandwiches and flatbread pizzas. The burgers are overstuffed. Witness the "Cajun Burger," topped with fried onions, ranch dressing, pepperjack cheese and jalapeños. It's tasty -- though not as tasty as it could be if the kitchen would cook it properly. My first attempt at ordering this medium resulted in a burger that was raw in the middle. My second attempt (weeks later) was overcooked.

The "Spicy Sausage Flatbread" is topped with mozzarella and Provel, though, frankly, the Provel's, um, distinct texture swamped any suggestion of mozzarella. The sausage wasn't spicy, and it had the appearance (not to mention the taste and texture) of something like kielbasa, not the Italian sausage you might expect. I did like that the bottom of the very thin crust had been grilled, giving it extra texture and flavor. At any rate, the presence of Provel should end any real debate: The Red Lion is an agreeable neighborhood joint, but it ain't a gastropub.