Drink of the Week: 2007 Santa Ema Carménère, Sasha's on Shaw

January 20, 2010 at 4:06 PM
comment
We've taken over the couches in the back corner at our joint, Sasha's on Shaw, nicknamed Shawsha's. The bar's dark wood and dim lights are barely augmented by the flickering fire behind us, the votives set on the granite tabletops, a few neon signs. Last night, we got a text from one of our friends saying, "OK, we all have to go to Sasha's tomorrow...so and so needs the stamp." Meaning, this boy he is thinking about dating needs the stamp of approval from our group. So six of us who work in the same restaurant are all gathered around one poor lone outsider, who is being vetted. 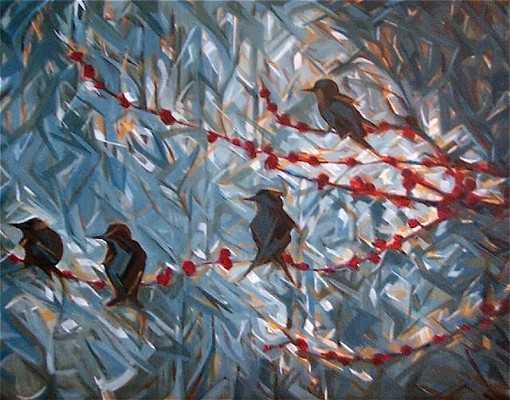 This is the end of our workweek, our Saturday night ritual. We never have more than two hours before they close by the time we get here. We pile in, all in black, looking like an urbane gang. We kvetch about work and gossip and act silly. Wine drunk is a special kind of drunk -- dopey, relaxed. And Sasha's is a palace of wine. One whole wall is a built-in wine rack. The wine list is a binder. Even the light fixtures are hollowed-out wine bottles.

We started coming here last winter when it first opened and loved the patio all summer long. Somewhere along the way we figured out that Sasha's offer half-off by-the-glass pours of any open bottle after 10 p.m. The deal was sealed. We drink like kings and queens and tip like high-rollers and rarely break a twenty each. When it is time to go, we leave a table covered in empty wine glasses. Sometimes we know enough to go home, but other times, the wine just whets our appetite, and we take the party to one of the three o'clock bars on Grand.

Our crew knows them some wine, so we usually defer to their suggestion. Tonight it's 2007 Santa Ema Carménère from Chile. The Sasha's menu describes it thusly: "...well-balanced with dark fruit flavors; not too heavy but a lip-smacking quality that lingers pleasantly on the palate." To be honest, we barely notice. It's yummy and red and suiting us just fine. Plus, at $6.99 a glass on the menu, it's running $3.50 per very generous pour right now, so we are not feeling too critical.

We are feeling a little sentimental. One of our group is leaving soon, taking off for Seattle. She broke the news to us here, at Sasha's, a couple of months ago, to a deafening silence. Our Southern belle, she is unfailingly charming, possessing a beguiling mix of grace and goofiness. Before the night is over, she will dance with a tree.

It was she who picked this wine, explaining in her sweet Arkansas drawl that carménère is an ancient varietal, one of the original six red grapes of Bordeaux, but it never did well there. In the cool, rainy weather, the yields were low, the vines susceptible to disease. However, some cuttings were imported to Chile in the 19th century, where they thrived in the milder weather. Today the vast majority of carménère wines are produced in Chile.

This is just the sort of thing she knows, right off the top of her head. We throw our arms around her, sinking into the deep couch, and insist that she stay. But quietly, in our heart, we know she's in a place where she can't really grow. She's going, and she should, to test the soil in Washington State, to see if she will take root. Sasha's won't be the same without her.

Alicia Lohmar is a south-city dweller and accomplished drinker, to which she credits her German ancestry and Catholic upbringing.