The Beertender Looks Back on 2009

Here's when we glance at the newly purchased calendar, note the slightly strange four digits that signify the upcoming year and wonder where the hell it all went. 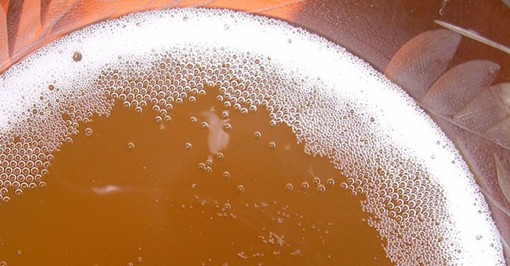 Luckily, it's been another strong year for craft beer. The craft-brewing industry grew over 5% in volume and over 9% in dollars at a time when the overall beer industry slipped a couple of percentage points. The number of breweries in the United States has officially grown beyond what it was 100 years ago. And the St. Louis area now has seventeen of those breweries within an hour's drive of downtown.

I've had some priceless moments in 2009. Listening to excited rumors as Six Row Brewing Company came together. Drinking barleywine steps from the grapevines at Charleville. Pairing goblets of Founders Backwoods Bastard with four kinds of excellent chili. Attending a fascinating Landmarks Association brewing history tour, during which I got to run my finger under the drip of Steve Neukomm's still at Square One Brewery & Distillery.

What sticks out for me, though, is taking my son on his first brewery tour. He's still really young and probably won't remember it, and the beer this brewery makes isn't my favorite, but the little man loves horses and just about lost his mind when we got to the stables. He was excited to see the rest of the operation, too, because he knows that beer is something that Daddy likes and works with. The night he held out his milk bottle and said, "Cheers, Dada," was just about the sweetest of my life.

I'm sure I've lost some of you at this point. Kids and beer? Dangerous, unhealthy, bad parenting. What am I thinking, exposing my toddler to beer, right? A quick road to early alcoholism, that.

A big part of the craft beer movement is about learning to respect beer. Make it with natural ingredients, serve it the way the brewer intended and know how to hold your booze. Reclaim beer from the realm of the frat-house keg stand. Keeping kids ignorant of beer until they're forced to sneak some out of curiosity is exactly what leads them to abuse it. To disrespect it. My son will grow up seeing beer as just another drink in a normal, healthy, happy life -- Dad's absolute all-time favorite, yes, but nothing to hurt yourself over.

This Thursday night, I plan to sit with my son and watch some midnight fireworks (which he still thinks only happen when someone hits a home run). I'll sip an aged imperial stout and munch some homemade chocolate chip cookies and soak in the peace and anticipation that comes with each new year. Cheers, everybody.