The Collected Beer Mats of the Beertender 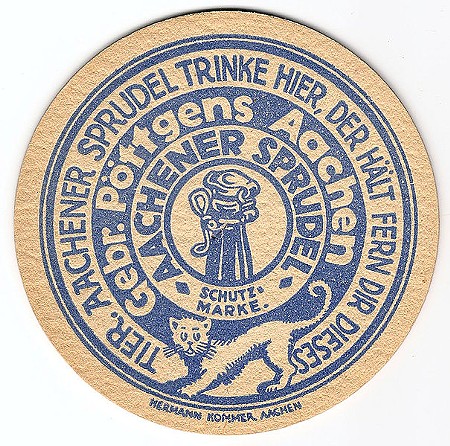 A special Tuesday edition of the Beertender...

Hi. My name is Matt. And I'm a tegestologist.

I'll also admit to being a chronic glassware collector and a guy who saves bottlecaps, but neither of those phenomena has a Latin term for it. Yet. Beer-coaster collecting -- a.k.a. tegestology -- is my first love, and my collection dates back twenty years.

I was reminded that I have something of a problem recently when my wife asked me to get rid of a few things in the basement. I couldn't breathe for a second. OK, so the old futons can go tout suite, and my classic T-shirt collection can maybe be whittled down a bit, but the breweriana? Step off.

To her credit, though, she's also a beer lover and therefore tolerates my mounds of collectibles as much as anyone can be expected to. Dutifully, I did assess the situation and, wow, it's bad.

Or, rather, it's fantastic.

Coasters, or beer mats, are fascinating things. Did you know that 95% of the beer mats in the United States are manufactured by the same German company? Betcha didn't. Or that the first commercially produced beer mats in 1880 were originally intended to sit atop the beer glass to keep out insects and other beergarden debris? Yeah, it's pretty cool.

Recently, the Katz Group, the company that makes most of our mats, declared bankruptcy, but it was quickly snapped up by the paper company that makes the slick thermal paper your bar tab gets printed on, thus ensuring there will be no last call for the proud beer mat. Absorber of spills. Advertiser of libations. Makeshift ninja throwing star.

The collecting hobby is particularly popular in -- surprise -- Germany, where there has been a national beermat-collectors association since 1958. Most of my mats are from the U.S. and were made from the 1960s on. My most recent acquisition is a small stack of age-browned circular coasters advertising 101 years (1862-1963) of Kaier's beer, Chas. D. Kaier Co., Mahanoy City, PA. 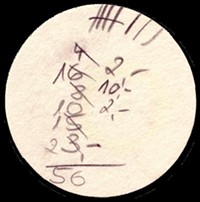 For all the joy of a beautiful, well-preserved piece of history, my most cherished pieces are those that have actually sat underneath my beers, the cardboard stained or scratched with pen. The pen marks aren't reminders or phone numbers, but hash marks ticked off by German waiters. Have you ever seen a German beer coaster with half of its surface a blank semicircle? In many establishments, servers keep track of your rounds by marking your mat each time you order then tallying up the total when you're done. And then you get to keep a nice memento of the session. Well, if you have that proclivity.

So now that you, too, have a greater appreciation for the noble coaster, you'll understand when I'm in your bar pocketing a handful, right?