Although it opened back in August, the 12th Street Diner (1137 Washington Avenue) hosted a "grand opening" of sorts on Friday night. Here's an early look at the exterior of the diner and some of its menu choices.

The owner of 12th Street Diner, Eyad Tammas, also operated Copia Urban Winery, which was gutted by fire; the police determined it was arson, and the man charged with the crime was a former employee. He was later sentenced to five years in prison. 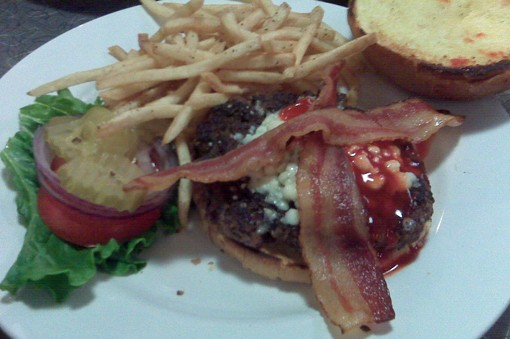 Perhaps the most interesting item for some, spotted on the menu on Friday night, is the "BLAT," a traditional bacon, lettuce and tomato sandwich on wheat, in which the "A" stands for avocado.