The Beertender: What to Drink This Fall 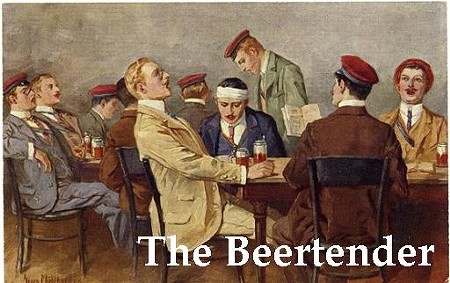 If you've been paying attention over the past few years, you know how the beer selection in the St. Louis area has ballooned. (Seventeen breweries!) With so much out there, it can get a little overwhelming at times. Here are a few Must-Trys and New-&-Excitings to seek:

Ayinger Weizenbock (Brauerei Aying, Germany): Long considered one of the greats, Ayinger makes definitive German beers, so anything new from them should be snapped up immediately. Ayinger has brewed a rare style of beer that combines the fruity refreshment of a traditional weissbier with the malty, warming heft of a bock. Super drinkable. Look for the 17-ounce bottle with the happy goat on the label.

Founders Breakfast Stout (Founders Brewing, Michigan): So-named probably due to its subtitle, Double Chocolate Coffee Oatmeal Stout. This stuff absolutely begs to be made into a milkshake and served with pancakes. Or, better yet, just add friends. Ridiculously rich and flavorful -- and over 8% alcohol. I dare you to find a more comforting partner throughout the cold months. On tap and in 12-ounce bottles.

Schlafly Hop Harvest (The Saint Louis Brewery, St. Louis): This year, many American breweries are putting out pale ales that have been hopped with fresh, whole-leaf hops straight from the fields. (After the hop shortage of a few years ago, I guess they're all going a little crazy.) What this practice does is imbue the beer with a greener, grassier, stinkier hop character that is just about the freshest-tasting beer experience you can have. Look for beers labeled Fresh Hop, Wet Hop or Hop Harvest from any local craft brewery or from nationals like Sierra Nevada. Schlafly's version is all citrusy and peachy and absolutely delicious. Draught only.

Xyauyù X Fumé (Birrificio le Baladin, Italy): This beer will never be your companion on a float trip. It will never be sold in a six pack. What this beer will do is expand your understanding of what beer can be. Even before I tasted it, I was impressed. A true barley WINE: no bubble, oxidized like a sherry, 14%, can survive for weeks after opening. It's very similar to a sherry or tawny port, with a smoky nose and flavors of burnt honey and toffee -- someone described it as "baked fruit." Don't worry: I haven't learned how to pronounce it either. Just ask for a bottle of the Baladin Fumé beer.

Boulevard Pilsner (Boulevard Brewing, Kansas City): A Missouri institution that has become one of the most sought-after Midwestern breweries due to its amazing Smokestack Series, Boulevard has come full circle with its new classic American Pilsner. This is a beer you can offer your Old Man. The brewery even designed the label to evoke mid-20th century regional lagers such as Griesedieck Brothers in St. Louis and Muehlenbach's in K.C.

But what's so special about the Boulevard Pilsner is that it's an all-malt, perfectly clean and smooth quaffer without the excessive carbonation or watery rice taste you get from beers that deliver all of the "easy drinking" and none of the "full flavored". Before U.S. lagers became the Wonderbread of beer, they tasted something like this. Boulevard has even gone so far as to price its Pilsner to compete with the cheaper stuff. You want authenticity? Put down the PBR. 12-ounce bottles at most supermarkets.