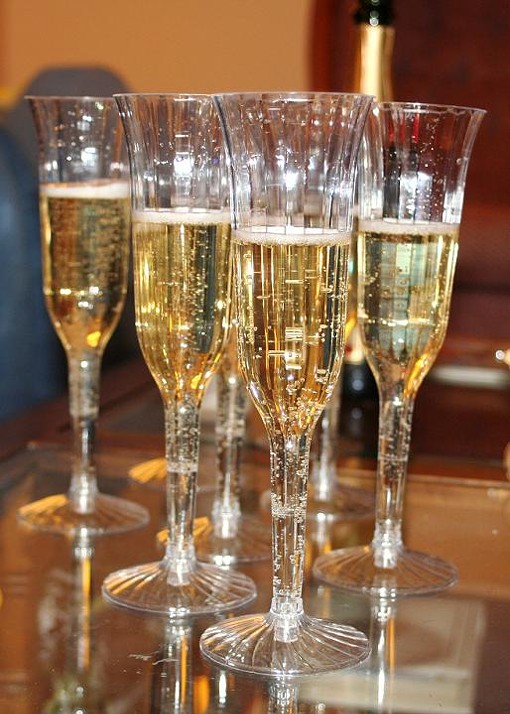 Gut Check is thrilled to welcome back one of Riverfront Times' most popular columns, Drink of the Week -- and to introduce its new author, Alicia Lohmar.

I had my first cocktail on a trip to Paris with my dad when I was sixteen. We were at a restaurant he called Pots and Pans because it had cookware hanging in the front window. While we waited for a table, the hostess brought us little juice glasses with what looked like pink Kool-Aid in them. My dad explained that it was kir, white wine with crème de cassis in it. This didn't mean much to me, but it was cool and sweet. It was summer, and we had spent the day walking around the city, so I drank it quickly. I was surprised when I stood up, and the room wobbled.

That is a Drink of the Week -- a drink that makes an impression, that marks a time and place.

A few years ago, I was sitting at the bar at the Cheshire Lodge with my friend Juan. He was having Red Bull and vodka; I was drinking dirty martinis. Somehow, we got to talking about the ethical implications of bullfighting. Being from Bogotá, he was trying to explain how Americans who get wound up about cruelty to the bull don't understand the sport's cultural significance -- that the battle between the matador and the bull is a metaphor.

He grabbed his empty can of Red Bull. "Let's say this is the bull. He is like the animal side of us." He reached for the little plastic sword on my cocktail napkin, which had impaled my olives. "This is the matador. He is not stronger than the bull. But he knows the bull will respond to the red, to the cape, because he has no choice, he only knows instinct. The matador is intellect. When he wins, the people are happy because the higher side of our nature has won out over the animal, but they are also sad for the bull."

For this first week of this column, I would like to suggest having a signature bubbly, one that you go to for every occasion. It should be a little bit special, but not prohibitive. Doing so takes advantage of that mysterious thing called "sense memory" -- why the perfume White Linen will never smell like anything but my mom to me and why even the first sip of White Star makes me giddy.

Made by Moët & Chandon, the largest Champagne producer in the world and the same house that makes Dom Perignon, White Star is the best-selling Champagne in the United States. There are certainly sparkling wines that will make you look more clever at a dinner party, but there is something to be said for a reliably good one that you can pick up at the grocery store on a whim. Besides, someone who looks down their nose at a bottle of Champagne is probably not someone you want to be partying with anyway.

If you're the type of person who reads wine reviews, then you will see this Champagne described as soft, with apple and pear flavors, and almonds on the finish. To me it tastes like a hundred Valentine's days and birthdays, anniversaries and congratulations, going-away and welcome-home parties. This week, I popped a bottle in my kitchen to celebrate my new gig. I was in good company, the best, and that's the point: A drink may be the Drink of the Week simply because of the people who share it with you.

Now for a toast. Writing is hard, drinking mostly not. Since I have more experience with the latter, I'm going to cheat a little here and borrow someone else's great last lines, which I can only hope to emulate:


It is not often that someone comes along who is a true friend and a good writer. Charlotte was both.
-- E.B. White, Charlotte's Web