Stuck to My Ribs: Reynolds Roadhouse

Introducing Stuck To My Ribs, one (slightly overweight) man's journey through one of the unhealthiest cities in the good ol' USA. Because who says calories have to count all the time?

It's taken several rounds of intense negotiations through the years, but my body and I have hammered out a little pact.

I put in a solid 35- to 40-hour work week, eat reasonably healthy the majority of the time and stumble into some exercise on occasion. In return, my body sees to it that certain meals just won't count toward my general health. Call it a gentlemen's agreement. The internal accountant who crunches caloric intake with every bite discreetly looks the other way when I find myself face-to-face with one of the many worthy blue-collar meals that St. Louis has to offer. 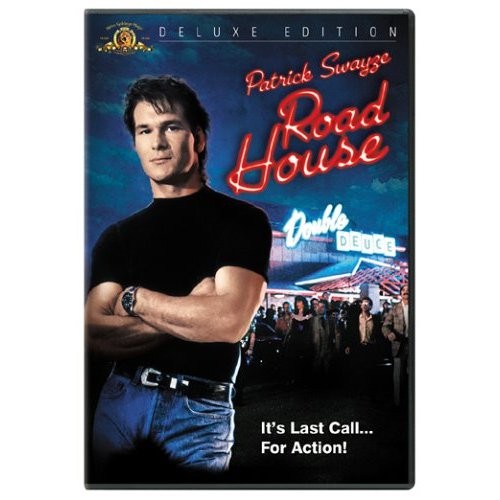 Never is my delusional little arrangement more pronounced than on a Friday lunch run with a herd of hungry co-workers. All week we've been eating PB&J's, Weight Watchers pizzas and gourmet vending-machine cuisine with an eager eye towards 11:30 on Friday, when white-collar office dwellers morph into malnourished cavemen for one glorious hour.

It's outings such as these that help explain why places like Reynolds Roadhouse never seem to suffer during economic downturns. These joints just keep pumping out delicious food that may be more -- a lot more -- than you need...but is the exact amount that you want.

Nestled in a predominantly industrial area off Dorsett Road in Maryland Heights, Reynolds Roadhouse isn't a place where Patrick Swayze clashes with power-hungry tycoons and their angry bodyguards. This Roadhouse is a place where a man and his appetite tangle with anything ranging from behemoth burgers to monstrous breakfast spreads.

A newbie might not know what to make of it at first glance. Neckties sit next to coveralls, the walls are splattered with equal parts Cardinals, Harley-Davidson and Elvis memorabilia, cigarette smoke mingles in the air with the aroma of freshly fried Tater Tots and, in a bit of a deviation from the stereotypical burger joint, signs advertising "free WiFi" are strewn throughout. Because who wouldn't want to hammer out an e-mail in between bites of an "Outlaw" Burger?

My trip saw eight Roadhouse veterans sit down and scoff at the menu as we each tacked on another Double Bacon Cheeseburger meal to the ticket. The only deviation was from those brave souls who chose to sub a chocolate shake for the traditional soda. If it had been an option, I may have asked to swap my soda for a glass of sausage gravy -- only because it seemed an appropriate compliment to the sheer volume of food that was soon to be in front of me.

Just minutes after we ordered, a host of plates appeared from the kitchen, each containing two asymmetrical patties of beef, crispy at the edges like Steak 'N Shake on steroids, slathered in bacon and cheese on a sesame seed bun. Riding shotgun was a heaping pile of Tater Tots drowning in the all-purpose condiment, cheese sauce.

Thirty heart-pounding minutes later, my plate was cleared of any trace of food save for a chunk of the bottom bun that didn't survive due to an acute case of grease saturation, a trait that only a select few places can claim as a selling point. Such is the case at Reynolds Roadhouse.

With several pounds of ground beef and cheesy potatoes in our wake, we headed to the register to pay our bill and browse the homemade friendship bracelets on sale at the counter.