Cups are a superstitious part of any coffee drinker's routine. I think you'd be hard pressed to find a regular coffee drinker that didn't have a preferred vessel for enjoying their dark drink. There's always that one cup or mug -- for some inexplicable reason, it just makes the coffee taste better. While this may be the first shot across the bow for some readers, I'm going to lay out my criteria for the perfect cup.

First off, glass is out. Glass conducts heat extremely well. While this doesn't guarantee that the cup will be too hot to handle (though it may well be), it does mean that your coffee is losing heat to the glass.

Ceramic is my preferred material. Clunky ceramic mugs insulate the coffee well but are prone to dribble coffee down the sides after a sip. A thin lip on the cup avoids this.

Some take great pride in their small trashcans of coffee, displaying their need for gallons of java like a badge of honor. Personally, I think extra-large coffee cups are vulgar. Something doesn't sit right with me when I see someone guzzling coffee from one of those dog-bowl-sized mugs they used to have on Friends. What's the point? Your coffee has long gone cold by the time you get halfway through it.

Over-sized mugs and venti-sized to-go cups have even blurred the lines between the drinks people actually order. I remember a barista chaffing at the idea of a "large" cappuccino: "How are you supposed to make that?"

Of course you can make it, but it always ends up more like a latte than a cappuccino. And you can forget about a decent foam-to-liquid ratio -- almost half the cup will be foamed milk! The demands made on the drink to accommodate an obese serving size actually compromise the very drink itself.

The perfect cup should be on the smaller side: nothing more than an eight ounce serving. This keeps your coffee from getting cold by limiting how much you can serve. 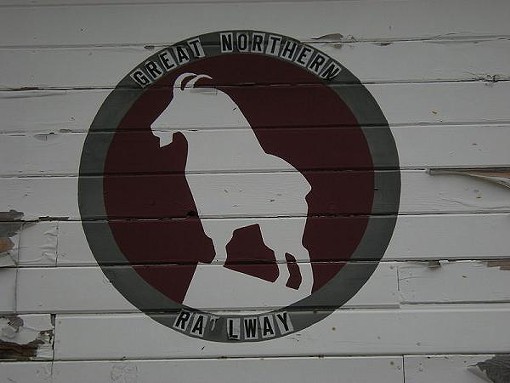 The first coffee cup I ever had that made this kind of difference was from Glacier National Park in Montana. It was a simple white cup with the logo of the Great Northern Railway: a red silhouette of a mountain goat perched on a peak circumscribed about the railway's name. This was the cup I drank from when I first started getting really interested in coffee. To have my own cup was a way of asserting and identifying myself as a coffee drinker. Until it broke.

My mother was putting away the dishes when, as she reached to put the cup on its shelf, the wet surface slipped from her grasp. My stomach dropped at the same speed as the cup. The cup shattered beyond repair. If I had been a parent, I'm sure my face would have said, "I'm not angry, I'm just disappointed." I wouldn't get another such cup until I went to Spain, three years later.

Everything was on a budget when I went to Spain. All my expenditures were carefully ticked away. (I made it back to the States with $72 in my checking account.) During a weekend trip to San Sebastian, someone suggested a day trip to Bilbao to see the Guggenheim. After our day at the museum, I made my way through the gift shop. And there it was, the perfect coffee cup. Singular in its originality, sophisticated in its design, with a thin ceramic lip. I still drink from this cup today.