The Dive Bomber: Going Down Screaming

After the crazy number of comments from the last time I visited Screamer's, I had to stop by once more before they close.

When I took a seat at the bar, JoBell -- the bar wench who busted me taking photos of the building last time and rightfully told me I was weird -- took a good long look at my face, laughed and announced, "Hey! It's Robin from the RFT!"

Instantly, I had a beer in one hand, and that guy named Grandma shaking my other. Grandma called his fiancée, Grandpa, to come meet me. Tow Truck, Billy Bob, Meg and her boyfriend, John, who met at the bar a year ago, were there, too.

I also met One-Legged Dancing Jackoff, a female mannequin with three-quarters of a leg, a doll's head, pig snout nipples and gray pubes peeking out from her lacy black underpants. Grandma found her beside a dumpster and brought her to the bar to be a companion for the one-legged character in their pinball machine. She was kidnapped in February, recently returned to the side door, blindfolded and with electrical tape over her mouth.

Such were the tales I heard all night while the beers magically appeared before me. I can't even begin to remember all of them, but I'll always remember the story of Mr. Schaeffer.

He started coming to the bar when he was in his 80s, lonesome after his wife's death. The Screamer's crew took him to his last Cardinals game for his 85th birthday, played poker with him, made sure he got home safely at night, and when he went into a nursing home, they visited him regularly until he passed at the age of 89.

Some bars are just bars -- places to anonymously get lit. Others are sanctuaries filled with more love and compassion than I ever imagined.

On its final night, I intend to honor Screamer's by getting on that penny-covered bar and shaking my ass, just as long as someone plays "Fat Bottom Girls" on the jukebox and Tow Truck gives me a boost. It's the least I can do for this great little community that made an interloper like me feel like a queen.

After the jump, more photos of Screamer's from Robin. 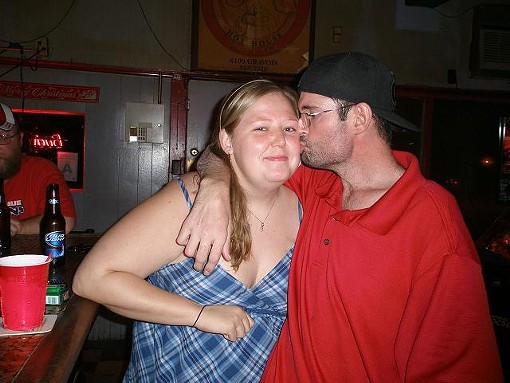