June 05, 2009 at 5:31 PM
comment
No matter your, ahem, tastes, you can probably agree that the latest Bud Light marketing campaign stinks. Not only is "drinkability" an absurd, made-up word, the commercials that feature people "drawing" on the screen seem about ten years behind the technology curve.
Luckily, the ad-makers hired by Anheuser-Busch can still think outside the box every now and again. Take their recent attempt at producing a viral video on YouTube. 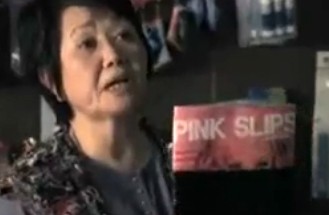 Not only is it hilarious, it has the Internetz all abuzz with questions about how an otherwise upstanding beer-maker could possibly want to associate itself with something as low as...(gasp!)...pornography.
The sticking point for some folks is the fact that the commercial would never fly on network TV, so not only is A-B saving several hundred thousand bucks by not paying to broadcast the ads, they're compromising their "values" and skirting the oversight of the notorious prudes at the FCC.
Time tackled these issues, as well as the shift of pornography to mainstream popular culture, this week (emphasis added):

But Budweiser is a much bigger, better-known brand. "Why is such a huge company aligning itself with pornography?" asks Michael Solomon, a marketing professor at Saint Joseph's University in Philadelphia. "Because Budweiser must have calculated it was worth the risk to alienate some people, if they could reach their core buyers."

Anyone who has seen the Quizno's ad to which Time is referring knows it's a slightly different beast (and, for the record, anything that uses "two girls, one cup" to sell a sandwich is just plain wrong.)

But the question still stands: should the brewers of the all-American lager be criticized for making a few salad-tossing and bondage jokes? Who knows, maybe that's just what Carlos Brito is into.