The first shot was fired across the bow last Tuesday at approximately 10 a.m. CST. The perfect storm of "economic conditions" finally made landfall at my day job, and several people, including my boss, were swept away. Being at the bottom of the totem pole allowed me to keep my job (so far). There are, however, some changes.

My new boss is, of course, not saying that I can't drink coffee any more. He is telling me I can't leave work for my occasional fifteen-minute afternoon café run. Readers of this column know that I recently took on the challenge of drinking only one cup of coffee a day. The most effective solution to the challenge I found was to guarantee that the one cup I did drink was great. But there's more at play here than just coffee. 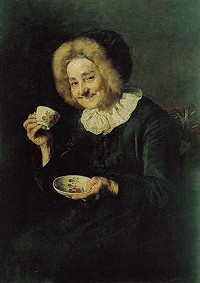 I've had to explain my off-site coffee breaks to people ever since I started my job. They just don't get it: "Why do you drive down the street for a coffee when there's coffee here in the building for free?"

In part, it is about the coffee. I've been in very few offices that have great coffee. Don't get me wrong. Someone, somehow, made a great pot of coffee last week. The event rippled through the Outlook inboxes of my caffeine-inclined co-workers. Where was the pot? How much was left? But great coffee in the office happens about as often as a solar eclipse. Quality coffee is just a safer bet away from the office.

But there's something greater than the café and the coffee: relief. I take coffee breaks away from the office to escape the office. No one asks me for anything at the café. There are no deadlines at the café, no "fires to put out" (one of a growing number of my office parlance pet peeves). It's just me and a cup of coffee. The barista says they need to brew a new pot? Sure, I've got five minutes. For that brief window in the afternoon I'm relaxed.

The barbarians of hourly productivity are at the gates. True, you might be able to tick off all the combined time over a year or six months that I spend drinking coffee but does that really translate into significant work lost? People are not automatons and I am certainly not someone who can work constantly for hours on end. If you work eight or more hours a day, don't you deserve 15 minutes to yourself?

How to Succeed in Business without Really Trying has a song called "Coffee Break" that accurately (if not whimsically) communicates the issue here, "If I can't take my coffee break/Somehow the soul no longer tries [...] Coffee or otherwise/Something inside of me dies!" The coffee break is about more than coffee, it's about keeping your sanity in an office for eight hours a day.