The Noble Writ Kicks Pinot Grigio to the Curb

Pinot grigio is one of the runaway success stories of the wine industry over the past decade. At its best, pinot grigio can be a very nice seafood wine or patio sipper -- crisp, lightly fruity and lip-smackingly acidic. A good pinot grigio begs to be guzzled with platters of fritto misto outside on a warm summer evening.

Unfortunately, pinot grigio's popularity has led to as much of it as possible being imported from Italy. As a result, you're quite likely to run into dilute, insipid versions, rather than the good stuff -- especially if you're shopping at the value end of the spectrum.

Luckily, Italy is an incredibly diverse wine nation, with over 350 varieties of grapes officially approved by the government to be made into wine. Many of these provide the delicious light, crisp whites that make people fall in love with pinot grigio, and some add compelling characteristics of their own to the mix. In fact, if I were to limit myself to white wines from a single country, Italy would likely top the list, which is really saying something considering how much I love German riesling. 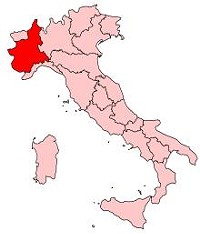 There are two inter-related factors that work in favor of "alternative" whites from Italy. First, apart from pinot grigio, there are very few Italian whites that can trade on their names -- Soave and perhaps Orvieto and Gavi have some of the pull of pinot grigio. But even these are off the radar for most people. The upshot? Less popular generally means lower prices.

Second, it means that people aren't bothering to bring in the dreck. Frankly, it's not worth it for an importer to ship over a lousy, insipid insolia, or for a retailer to take up precious shelf space (that could be filled with more pinot grigio!) with poor versions of unknown or uncommon wines.

In my experience, I've had a lot of happy hunting in the bargain Italian white wine section of good wine shops. However, the range of available Italian whites does seem to vary significantly from year to year -- so don't expect to buy the same inexpensive bottles again and again. Instead, this is yet another opportunity to explore and expand your palate and your wine knowledge.

This week I hit Grapevine Wines in Kirkwood and selected two promising Italian values, both at $10. Each worked out well enough to include here.

2007 Castelvero Cortese Piemonte: Cortese is the grape. It's the same variety used to make the better-known wine Gavi. Piemonte is the region, tucked in the Northwest corner of Italy. Castelvero is a co-op winery; that is, a winery owned by a group of farmers that uses their collective harvest to make wines on an economically feasible scale. While many co-ops produce "safe" (read "boring") wines, Italy has several producing wines that are quite good.

This wine had a distinct green tinge to it, with a nose of honeydew melon, lemon meringue and a touch of almond. It was broader in the mouth than expected but still had plenty of cutting acidity. A very pretty wine, though it didn't fare well the second day, so be sure to finish it up on the first. At only 11.5% alcohol, that shouldn't prove too much trouble at all.

2007 Case Ibidini Insolia Sicilia: In many years, Sicily is the largest wine-producing region in Italy. Despite its southern location, Sicily actually produces more white wine than red, and insolia (also spelled inzolia) is the most common white grape. This wine was also made by a co-op, but it was even more of a success in my book.

Pale gold in the glass. Pink grapefruit dominates the nose, with some floral elements as it warms. Very distinctive and pleasant. On the fat, rich side in the mouth, but with even better acidic cut than the Cortese. There are touches of almond and citrus pith on the finish to add an appetizing bit of balancing bitterness. Surprisingly long. This one held OK into day two, but was definitely better the first day.

A quick note on vintages, as wines like those above are best consumed as fresh as possible. I would expect the 2008 vintage from Italy to start arriving very soon, and I would err on the side of youth, even if it means selecting a different wine than those sampled here.