Throwback of the House: No Luck for the Irish

What do you mean, pineapples have nothing to do with Ireland? Tell that to the authors of the Culinary Arts Institute's The Holiday Cookbook, because someone smacked a recipe called "Dublin Pineapple Salad" into the St. Pat's section of their 1955 edition.

Just to make sure I wasn't missing some vital bit of Irish-Hawaiian history, I did a little Googling. The only connection I found involves former supermodel Kathy Ireland's love of pineapples.

This recipe is nothing more than the pineapple fluff you can find at potlucks across America. When I was sixteen, I worked as the salad bar girl at a Western Sizzlin' steak house. We made this stuff by the five-gallon bucket. During busy shifts, workers would sneak into the walk-in cooler and eat it with their fingers for the instant blast of sugar energy.

There's nothing inherently wrong with this recipe -- except, you know, that unflavored gelatin is the predominant flavor. It's nostalgic, sweet and totally unoffensive. It just doesn't have a damn thing to do with Ireland or St. Patrick's Day! 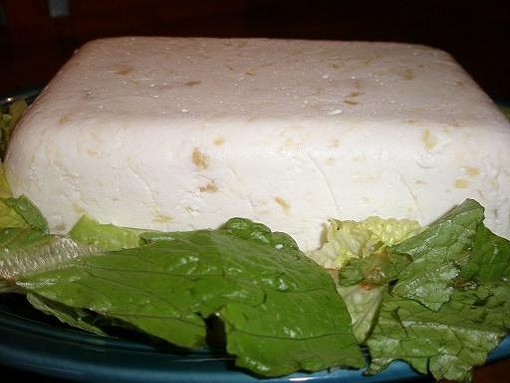 This stuff makes Lucky Charms seem like authentic Irish cuisine from the Celtic tradition. Whoever thought they could pass off this fluff as Irish couldn't even be bothered to add a few drops of green food coloring, for God's sake. They weren't even trying. Well, they did suggest cutting some shamock shapes from a green bell pepper and scattering them about the mold. That's not safe after a few Irish coffees.

I think this was an attempt to bust the stereotype of the drunken, pugilist rogue. See, we may be Irish, but our food is as bland and free of joy as yours! Invite us to dinner and we won't bring skirts and kidneys and pure pot still whiskey. No! We're just as bland and safe as you.