Barb resembles Carol Channing: a tiny woman with a white bob and a voice so gravely that it could fill the potholes in the street outside Barb's Rendezvous. She held court at the center of the bar, and every patron stopped to say hello.

My friend Arkay and I refrained, being the new people who were stared at when we entered.

It was friendly staring, though, followed by lots of hellos. 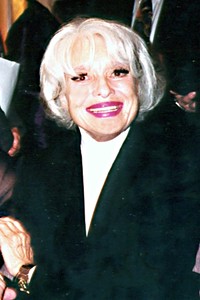 There's a sign at Barb's: "Don't shoot the bartender. He's half shot already." Either the bartender was super-happy and friendly -- or that sign spoke the truth. For Arkay's gin and tonic, he busted out a shot glass, measured carefully and then let the Bombay flow over the shot glass and into her drink.

It doesn't take long to get half-shot at Barb's with bartending like that. I stuck to a $2 can of Busch.

Despite the dreaded Internet jukebox, decent music flowed all night. Arkay and I played some Johnny, Willie and the Stones. A lone pool-shooter played Bob Seger's "Turn the Page" and then returned to the corner, where he sat by himself, quietly singing along.

At the bar, an older fellow sang, too. And danced without leaving his barstool. He turned his back to the bar, faced me, and sang, his arms interpreting the lyrics. He offered to buy me a second beer.

Later, the interpretive dancer approached the jukebox, fed it a five-dollar bill, randomly hit some buttons and then asked us if we knew how to operate that contraption. Arkay gave him a lesson. He smiled and winked as his first song started playing: "Goodbye Earl".

"I think we're being hit on with a Dixie Chicks song," Arkay said. When he followed it with AC/DC's "Have a Drink on Me," we decided it was time to turn the page on our night at Barb's. As we left, everyone bid us a cheerful farewell and told us to come back.