The Sneak: The Sneaky Code of Ethics

Any pocket-jockey can smuggle half a pack of Twizzlers into a movie, but that has no consideration of style or ethics. It has no grace. What I want to share with you in this blog is, by contrast, a delicious and potent cocktail of planning, swagger and intrigue worthy of secreting into a Hitchcock retrospective. Not everyone who sneaks food into a movie is a true sneak.

If you don't have panache -- and especially if you don't follow the Sneaky Code of Ethics -- you are merely a person with pockets.

First, some history. The concession stand is Remus to the modern fast food restaurant's Romulus, as both can be traced to the thermopolium (literally "the place where you can buy hot drinks"), a convenience food stop for ancient Imperials, free and slave alike, who didn't have time or place to cook. The thermopolium was a shop with a tall counter pitted with deep wells to hold clay vessels filled with different foods and spiced wine, astonishingly like a modern steam table. After stopping at one, you could go on your way to the horse races, snack in hand.

In Shakespeare's day, eating in the theater itself was quite common. Scholarship from absolutely no reputable source speculates that actor/proposed actual author of Shakespeare's plays, Christopher Marlowe, was actually felled by a flung lamb shank after flubbing his lines instead of being stabbed in a mysterious duel. Shorty after, Oliver Cromwell's hatred of sneaking food into the theater famously led him to close down all theaters to prevent it.

Fortunately for sneaks and monarchists everywhere, the Restoration not only opened the theater doors again but also ushered in an unparalleled decadence in eating after you went through them. Charles II was known for sneaking around the theater as often with the girls selling oranges in the aisles as he was with the fruit itself.

In the infancy of film, moviehouse owners had an important distinction to make: opera or vaudeville. The theater, once the cultural meeting place of high and low, had split into serious, classy cultural institutions and bawdy, gaudy, tremendously good times. The main difference seemed to be snacks. Movie theaters, wanting to attract the more serious crowd, at first held a dim view of eating during the film.

Jill Hunter Pellettieri wrote an amazing article on this evolution for Slate. I won't rehash it all here except to say that the concession stand was originally a way for big theaters to cut in on the profits of tiny self-starters selling food outside the aegis of the marquee lights.

The term "concession stand" actually comes from the type of contract it takes to allow an outside entity to use a certain part of your premises for a separate business enterprise (to concede the space). This traditional model will be more familiar from going to ballgames than going to movies, where stands are still run by independent businesses or staffed by teams raising money for charities and high school athletics programs. The modern movie concession stand, staffed by theater employees, is merely a concession to the human desire for fake butter. 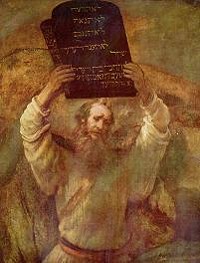 As you can see, there is a proud tradition of having the right to eat the food you want to eat while watching the entertainment you want to watch, one that predates the rights to life, liberty, and property by a good 2000 years. in keeping with that tradition, the sneak must follow these rules:


The Sneaky Code of Ethics
1. Avoid sneaking foods a theater actually carries. If your moviegoing experience is incomplete without Swedish Fish, you're in luck because the theater agrees with you. Thank them for fulfilling your needs by not competing with their price. Under no circumstances sneak popcorn into a movie theater, even if it is some sort of neo-Dadaist statement. No, wait, especially if it's that. Seriously, what is wrong with you?

2. Sneak unto others as you would have them sneak unto you. Unless you are alone in a screening, always remember that other people didn't agree to smell or hear your food when they bought their tickets. A certain amount of rustling, slurping, and chewing, yes. Shredding the aluminum foil off your 12-alarm death korma, no.

3. Leave it in better condition than you found it. It's someone's job to clean up the theater when you leave, but buying a ticket grants you license to see the show, not to create a bunch of unnecessary work for them. While the full-sized pizza box you leave behind will be intriguing at first, it's really not impressing the kid who has to break it down into the trashcan. Zorro is a famously bad sneak because he cannot follow this rule. Also he answers his phone during the movie.

Following these rules and still feeling guilty? Go see another movie. Unlike live events, which may be cancelled if there aren't enough tickets sold, a movie runs in that theater at that time even if there's only one person there to see it - a modern koan if there ever was one. As long as you don't set fire to anything or eat your seat cushion, the cost of your presence in the theater is de minimus, thus your ticket price is a rare instance of pure profit - unlike your concessions stand purchase. Even though the margin of profit on your Junior Mints is approaching 500%, there's still a difference between net and gross for the theater.

The real threat to theaters' concession profits is not the thoughtful, ethical sneak, but the insidious couple who shares snacks. Compare:

So why is there a rule against the zero-loss bringing in of outside food but not the certain loss of sharing concessions? Unethical sneaking has lead to gross mistrust and persecution of true sneaks.