Food: Snacks for two people totalling no more that $12 from Jay International Food, including at least one beverage, one savory snack and one sweet snack per person.

Difficulty: Easy. The snacks were self-contained, mostly individually wrapped, and the drinks were in cans. Last week's sneak was a bag-sneak, this one was a coat-sneak.

First, I came to bury that movie, not to praise it. The International stars the generally reliable actors Clive Owen and Naomi Watts -- though I'm not sure how much the latter can be said to star in a movie where her biggest contribution to the plot is [SPOILER ALERT] being hit by a slow moving car while standing slack-jawed in the street. Clive doesn't fare much better: The director's only note to guide his performance appears to have been "Stop showering." The script is as flat and wooden a simulacrum of tense, snappy dialogue as those tiny spoons I got on ice-cream day at elementary school are of what's in your silverware drawer right now.

I can't speak ill of the theater, however. St. Louis Cinema theaters (the Moolah, Chase Park Plaza, and Galleria 6) are offering matinee-priced tickets ($6) for all evening shows on Tuesdays and Wednesdays, which is a great way to catch up on the most decorated movies of the past year and an excellent excuse for scoring a mid-week date with a sneak.

It was this matinee price plus the movie's title that inspired my pre-show trip to Jay International Food with my long-term mysterious gentleman caller, The Doctor.


Jay International, on South Grand in the heart of Tower Grove, is exactly what I imagine the United Nations cafeteria would be like if the UN were headquartered in Flushing instead of Manhattan. Its aisles are full of culinary treasures you expect to find in grocery stores from Vietnam to Suriname -- and most of them have some manner of FDA label tacked on. While the English labels are usually helpful enough to keep you from eating something you wouldn't on a drunken dare, they aren't clear enough to completely rob the store of a sense of exotic fun.

If you have never been to Jay International before, set a strict time limit for your first visit or prepare to walk out two hours later than you'd expected with the vague idea of planning a dinner party around Danish crackers, fish balls, green tea ice cream, three kinds of barbecue sauce and a can of what you think is probably West African lentil soup. In addition to daunting variety, Jay also has great prices. For approximately half the price of my discounted movie ticket, for example, you could have a block of imported feta cheese the size of a paperback novel.

The Doctor and I set specific rules for our individual snack gathering at Jay:

The canned soybean drink was, in fact, a slightly chalky strawberry-flavored bubble tea with boba (small, dark, squishy pearls of tapioca that add an unmistakable texture to the creamy beverage), much like the ones you can get made fresh at a half dozen places around the city. I like bubble tea a lot, as it's a highly sneakable food with a hojillion possible flavor variations. I had never seen it completely contained within a can, though.

The tea stood up fairly well even though I intentionally chose strawberry, one of the most difficult artificial flavors to keep from sliding backwards into vileness. The boba themselves were quite small -- Maine blueberry-sized choking-hazards rather than the marble-sized choking-hazards you generally expect from places like St. Louis Bubble Tea. I would sneak the canned version again only if I was running too short on time to get the real thing.

The Milk Rolls and preserved plums turned out to be both savory and sweet, lightly spiced, and delicious. Vigor 100 is a type of...cracker? Pastry? A three-inch-long, uniformly puffed closed cylinder with the approximate mouth-feel of an organic cheese puff. It also has a very light dusting of what might be a cheese powder. The inside has a hollow bore with a smidge of creamy, slightly sweet filling. Each roll is individually wrapped and none of the ones I tried had so much filling that you might lose snack integrity while absently biting into it in the dark.

The preserved plums are the size of small grapes and come in a cute heart-shaped plastic box. I'm not sure what it says about your relationship if you got a box of these on Valentine's Day, but I would have been flattered. They're sweet, rich but not sticky, slightly salty, slightly smoky. Who wouldn't want it as the bon bon representation of their affection? 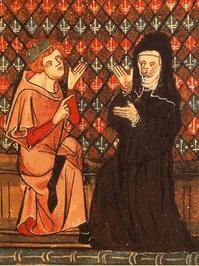 The clear winner of my group was the flan. I love flan like Heloise loved Abelard, though I doubt she ever hoisted him over her head in an international grocery store and did an impromptu tap dance down the aisle. While definitely not the same push-yield texture as its homemade kin, this flan had a spongy layer where the normally-drippy and unsneakable caramel sauce had sunk into its gelatinous foot, improving its sneakability. The flan comes in a plastic dish, completely sealed with a foil wrapper. One person could eat the portion, but it might be better for two, especially with other snacks being snuck. I could have fit at least a dozen of these in my coat pockets and it still would have cost less than two tickets.

I am not ashamed to say that after I pulled the foil back from my flan in the theater I dispensed with a spoon entirely and ate it directly from the container. I am not ashamed because what flan and I have is special, and there is no shame in it.

The Doctor was apparently under the impression that we were going to an anime convention instead of a terrible movie, though I'm sure The International would have vastly improved if the title had referred not to the bank itself but to the axe-wielding humanoid robot formed when all five villains combined their varicolored Alfa Romeos of Doom.

The only snacks of his I can vouch for are the shrimp crisps and the Pocky. Pocky is a snack that already comes with its own following -- seriously, if you want to be the coolest relative at Christmas, use it as stocking stuffers for everyone between 12 and 22. Pocky is a long, thin cookie stick dipped in various coatings, something like a chocolate-covered pretzel but much thinner and without the salt tang. The Doctor is a traditionalist, so he chose chocolate Pocky, a crunchy, tasty, highly sneakable option.

Shrimp crisps posed the biggest sneaking challenge out of the lot, as the bag was too large to fit in any coat pockets without crushing the precious puffy prawns inside. The Doctor gets full credit for this sneak because he thought beyond the usual. Most sneaks early on in their quasi-criminal careers pack food in clothing and bags like they're the Joads setting out for California. This abundance of caution isn't wrong, per se, it's just unnecessary. A snuck food only has to stay out of sight from the time you hit the theater doors to the time you sit down, 3 minutes max. The Doctor solved the shrimp crisp problem by simply placing the bag against his left side, just under his light jacket, and held it in place with enviable inside curve of his bicep.

Shrimp crisps are light, crunchy, slightly marine. Most of their shrimpy-ness is confined to the sudden shrimpboat sirocco that commits olfactory assault as soon as you open the bag and dissipates before you can form extreme evolution-fueled second thoughts about eating anything that could produce a smell like that.

Consensus was that there was more nourishment of mind and body to be had in two hours of wandering around Jay International that in watching The International. My favorite game to play at Jay: "Is it a yam?"