No Hallucination, STL Addicted to Caffeine 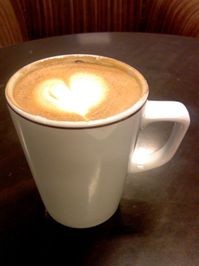 How do we rank? Well, we love our caffeine -- God knows, it's the only reason Gut Check is updated with any regularity -- but apparently we get it from sources other than coffee or specialty coffee drinks.

Confused? Probably not if you're reaching for your Double Gulp of Mountain Dew.

Everyone else follow me after the jump for a look at the results.

St. Louis ranks #4 among "Cities Most Addicted to Caffeine." One guess which city is #1. Yup. Seattle. Philly is #2, Phoenix #3, and L.A. and Boston are tied for #5. Chicago rates as the city least addicted to caffeine, followed by Tampa, San Francisco, Houston and the major metro area (?) of Riverside/San Bernadino.

St. Louis scores its best rating in "Most Cola Consumption": We're #3, behind only Houston and the Twin Cities. On the other hand, we're #1 in least coffee consumption. (Shockingly, Seattle drinks the most coffee.) What's more, we're tied for #5 in least energy drink consumption.

I shudder to think how much bubbly high-fructose corn syrup we're drinking to rank among the most caffeine-addicted.

Then again, I don't know how much faith to have in a survey that last year ranked New York City as least addicted to caffeine. I doubt there's a Starbucks on every corner because New Yorkers love the pastries.

By happy coincidence, I came across this survey shortly after a colleague passed along this new study by Durham University showing that high caffeine intake is linked to hallucinatory experiences:

So the next time you see someone wandering downtown, muttering to himself, glancing nervously over his shoulder, certain he's being followed even though the street behind him is empty, take pity: He's just another St. Louis caffeine addict.

Booze News of the World