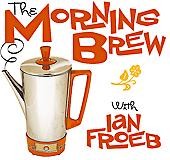 The latest on the United Nations summit on the global food crisis. (Reuters)

Could an ingredient in red wine slow human aging? A new study suggests it could. (New York Times)

We haven't heard from the Center for Science in the Public Interest in a while...but now the group is advocating the FDA to ban several food dyes. (Bloomberg)