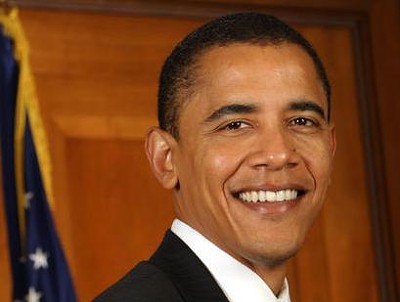 Yes, Barack Obama is a sitting United States senator and the likely Democratic nominee for this November's presidential election, but can the man make a decent pot of chili? This isn't a question I normally ask about candidates for national office, but yesterday I read this North Coast Journal interview with Obama about his agricultural policy -- a good interview, by the way -- and at the end of the article the senator offered his recipe for chili:

After the jump I make Barack Obama's chili...

The list of ingredients is fairly standard, though I noted that one of Obama's "secrets" must be salt because the list omits that. I salted the ground beef when I browned it and, later, added a little more salt to taste. In addition, Obama doesn't specify a heat level for the chile powder, but I split the tablespoon, half medium chili powder, half hot (both from Penzey's).

Combine spices together into a mixture, then add to ground meat.

The "simmer until tomatoes cook down" seemed open to interpretation, so I simmered the chili on very low heat for exactly 2 hours. Not coincidentally, that was the exact length of last night's Lost season finale. I'll be back once I learn who's in that damn coffin...

...And now, my mind sufficiently blown, I return to the chili.

I skipped the sour cream and onions. I did, however, serve the chili over rice, which isn't something I usually do.

The result? It was pretty good chili. Given the relatively small amounts of spices, the tomato, beef and bean flavors dominated, with a nice bite from the cumin and pepper and a little red-wine-vinegar tartness. Still, even with half a tablespoon of hot chili powder, I found the heat more mild than I like, so I added some of Penzey's "very hot" chile-pepper flakes to mine. I'm still a no-rice chili guy, but it went well with Senator Obama's version.

Were I to make it again, I'd definitely up the heat and the amounts of the other spices -- the cumin and hot chili powder especially. I think that's a change we can all believe in.