God among food writers Michael Ruhlman will be hosting a discussion and demonstration promoting his new book The Elements of Cooking at the Viking Cooking School (1811 South Brentwood Boulevard). The event runs from 6:30-8:30 p.m. Thursday, and the cost is $69.99 per person. 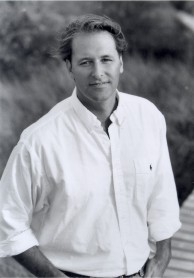 Ruhlman has written several fantastic books on food: The Making of a Chef chronicles the year he spent taking classes at the Culinary Institute of America's main Hyde Park, New York, campus. The Soul of a Chef profiles Thomas Keller (The French Laundry, Per Se) and returns Ruhlman to the CIA to observe the brutal Certified Master Chef exam. The Reach of a Chef looks at the contemporary culture of chefs in America, from TV celebrities like Rachael Ray to the new-wave of young American chefs like Grant Achatz (Chicago's Alinea).

Ruhlman also co-wrote a book on charcuterie as well as those food-porn bibles, the cookbooks for Keller's French Laundry and Bouchon.

Ruhlman now writes a blog on his official Web site, which features his thoughts on a wide range of issues as well as frequent missives from Anthony Bourdain. He is also a judge for the Food Network series The Next Iron Chef.

The Elements of Cooking arrives in stores today. Here's Ruhlman's own description of the book from his blog:

I call it an opinionated glossary of cook's terms, everything you need to know in the kitchen about how to cook, everything that chefs know from having worked in kitchens for decades that I think everyone should know, and eight brief essays on some of the big fundamentals of cooking.

I'm trying (fingers crossed) to arrange an email Q&A to coincide with Ruhlman's visit. I have more than a few questions I want to ask -- his books have been a big influence on me -- but I know more than a few of you are fans or Iron Chef America fans or just curious, so I open the floor to you to submit questions. Just click on my name below to send me an email or leave a question in the comments thread.

Books In the Kitchen