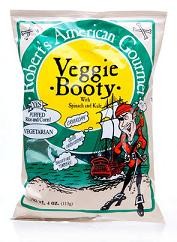 The FDA has announced that it is banning farm-raised catfish, eel and shrimp (as well as a few other species) imported from China because of contamination from various substances. Read the official press release here. The New York Times provides a summary here.

(There's a really bad booty pun to be made here, but food poisoning is never, ever funny.)

UPDATE: As you might expect, China is protesting the FDA's decision.