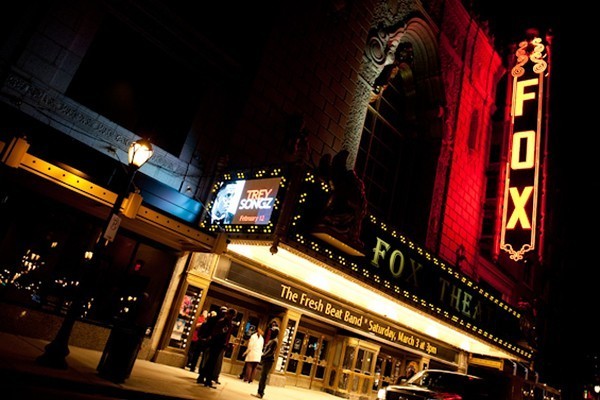 According to a press release this afternoon, the Fox is postponing all of the remaining shows on its calendar due to the ongoing COVID-19 pandemic, meaning that, as things currently stand, the storied theater will not play host to any live events until well into 2021 at the earliest.

“Our Broadway producers have expressed their desire to get shows back into rehearsals and touring again as soon as possible," Fox director of programming John O’Brien says in a statement. "Titles and dates are shifting across the country as new routes are booked and that unfortunately includes all of the shows originally on our spring schedule.”

No new dates for any of the shows have yet been announced.

In tandem with the announcement of the postponed shows — and perhaps to help bring entertainment-starved fans of the stage back from the brink a bit — the Fox has also announced that the smash hit Hamilton will be part of its next season. The season itself is expected to start in late summer or early fall 2021, and Hamilton, which was slated to run in St. Louis this summer but was postponed, will return in the spring of 2022.

No more specific details about programming or dates are yet available at this time.

“We will announce a new schedule for what will now be the 2021-2022 U.S. Bank Broadway Season as soon as it is prudent to do so," O'Brien says. "The good news is that our subscribers are already renewed for that season which will now include the return of Hamilton in the spring of 2022.”

Be sure to keep tabs on fabulousfox.com for more updates.