The Best Things to (Relatively Safely) Do in St. Louis: November 11 to 17 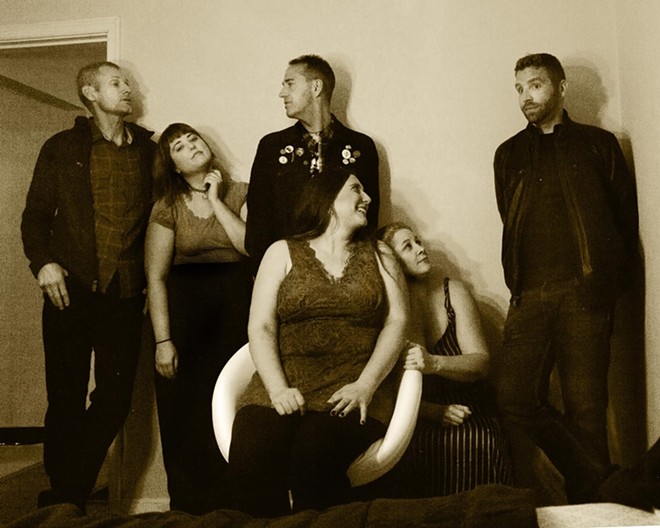 Adult Swim Festival
3:05 p.m. Friday, November 13 and 2:35 p.m. Saturday, November 14. Livestreamed event. Free. adultswim.com/presents.
Adult Swim brings its delightfully weird world of comedy, art and music to YouTube this weekend for a two-day exercise in absurdity appropriately dubbed the Adult Swim Festival. The virtual fest will combine musical guests and television programming for an event sure to be unlike any other in this hell year, one only slightly less absurd than the election of the new president was. On the music side of things, expect performances by the likes of J.I.D., Thundercat, Kaytranada, Mastadon, Run the Jewels and the Deftones (among many others); on the TV side, there will be live panels featuring the creators of network favorites including the Eric Andre Show, Aqua Teen Hunger Force, Space Ghost Coast to Coast, Lazer Wulf and Rick and Morty. There will be watch parties, special guests will appear, and things are sure to get weird as hell.
Speaking Of: The fest’s schedule of events, which can be found at adultswim.com/presents, lists four instances of something called a "Miracle Seltzer Pickle Sips Giveaway," three of which are scheduled to last a total of one minute and one scheduled for two minutes. Your guess is as good as ours as to what on earth that's about.

The Defeated County Record Release
7:30 p.m. Friday, November 13. Off Broadway, 3509 Lemp Avenue. $15. 314-498-6989.
After months of quiet on the live music front, beloved south city venue Off Broadway will finally open its doors for a real-life live show this week. Sure, it’s been hosting some music trivia nights of late and even a listening party for Middle Class Fashion’s latest a couple weeks back, but its stage has stayed darkened throughout the coronavirus pandemic as far as live music is concerned. But no more! St. Louis’ folksy indie-rock act the Defeated County will play host for a show this weekend celebrating the release of its sophomore LP, An Early Fall, an album three years in the making. Additionally, being that the date happens to be Friday the 13th, the event will take on a spooky theme, with attendees getting $2 off the price of admission if they come in costume. (Halloween comes twice this year!) There will be tarot readings, drink specials, flow arts and even a one-time-only reunion of St. Louis act Let's Not, of which Defeated County's Jeremy Essig is also a member — among other surprises yet to be announced.
The Usual Caveats: Technically, the stage you’re used to seeing bands perform on will stay dark for this show — the event will take place in Off Broadway’s patio area. Social distancing will be enforced, Defeated County masks will be provided with admission (and the wearing of masks in general will be required), and attendance will be capped at 50 people.

John Henry EP Release Show [NOTE: This show has been canceled.]
8 p.m. Friday, November 13. The Pageant, 6161 Delmar Boulevard. $15. 314-726-6161.
When it rains record release shows in St. Louis, it evidently pours. Across town from the Defeated County’s record release bash at Off Broadway, the Pageant will play host to the Sleepy Rubies and John Henry, with the latter delivering a new slab of music as well — the five-song Out at Sea EP. Funny enough, this show was initially planned for July at Off Broadway before COVID-19 shut everything down, and is now at the Pageant, competing directly against the different record release show that will happen at that venue instead. St. Louis gonna St. Louis! Regardless of scheduling and venue oddities, fans of local music are in for a treat no matter which show they choose to attend.
Masks On: In addition to a mask mandate and significantly reduced capacity, the Pageant will conduct temperature checks upon entry and enforce social distancing throughout the show. Seating will be reserved, and guests are required to remain in their seats unless they are getting up to leave or use the restroom. Standing or dancing, even at your seat, is not permitted. A full list of the venue's COVID-19 precautions can be found at thepageant.com/coronavirus-updates.