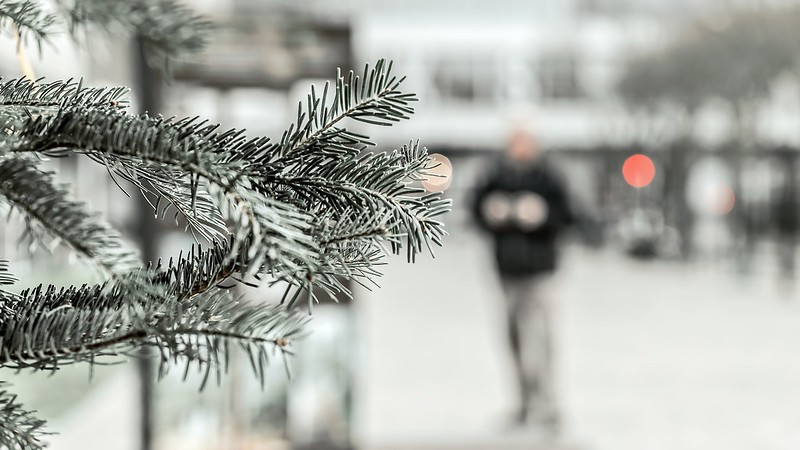 As St. Louis heads into the winter months and events move indoors, ways to socialize while still social distancing will begin to dwindle. However, the crew who brought us the St. Louis Shakespeare Festival is here to provide a little joy to your holiday season with a brand-new window walk performance.

This year, instead of their normal hibernation during the winter season, the St. Louis Shakespeare Festival organizers have decided to create A Walking Xmas Carol. The twenty-stop outdoor holiday window tour will take place in the Central West End from November 28 through December 23. The event will be free.

Attendees will walk past storefronts, each depicting a scene from the holiday classic, A Christmas Carol. A window walk event is not new to the Central West End, as they have put on a similar event for the past decade, but the Shakespeare crew plans to add their own twist to the tradition.

As Tom Ridgely, producing artistic director, says, “This is not just your grandmother’s Christmas Carol.”

In contrast to the classically beautiful Central West End, the story will be a modern telling of the traditional Christmas tale. The crew is adapting the original narrative to reflect our new normal, particularly focusing on our relationships throughout the pandemic. Also a contemporary alteration, there will be a QR code at each display for visitors to hear the Q Brothers’ hip-hop adaptation of the soundtrack.

For the Shakespeare Festival crew, the limitations of the pandemic have actually served as a source of inspiration in creating the show. As office parties, Nutcrackers, Christmas musicals, symphony orchestras and more are off the docket for this holiday season, Ridgley knew they had to step in.

“We just realized that so many things that make this time of year, not just special, but bearable, won’t be possible; the gathering, the travels, the celebrations,” Ridgely says. “We had to find a way to still live out our mission — we had to use art and stories to spread joy and understanding.”

With COVID-19 emptying storefronts across St. Louis, the Shakespeare crew wanted to breathe some life into their city. In the Central West End particularly, they plan to incorporate the vacant spaces as part of their show.

“Rather than have them sit empty, we can turn them into something beautiful,” he says.

Though our usual holiday traditions may be cancelled this year, a new and safe one can be made through the walking tour. The Shakespeare Festival organizers believe everyone should come out to see the show and experience some well-deserved joy this winter season.