The Best Things to (Relatively Safely) Do in St. Louis November 5 to 10 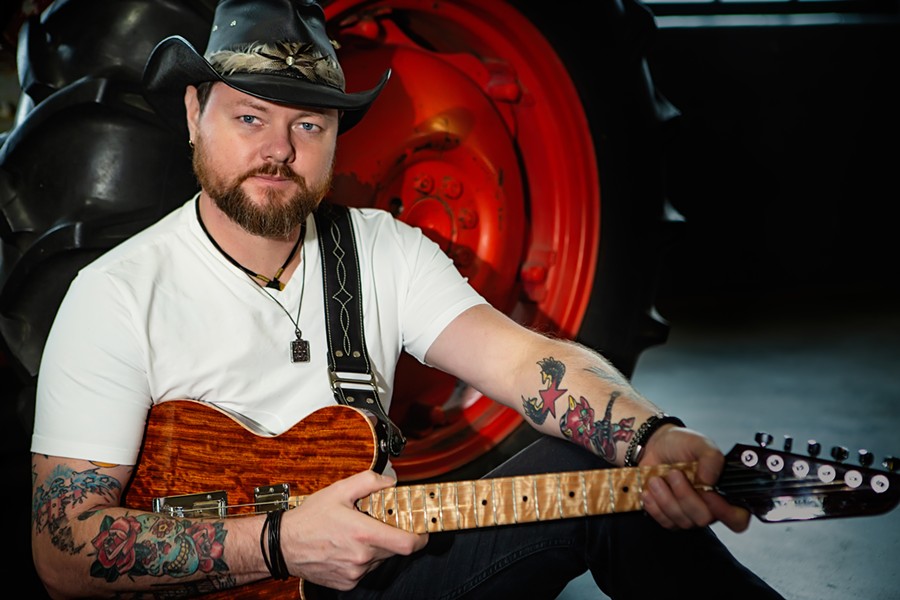 Red Flag Movie Nights
9 p.m. Wednesday, November 4 and Wednesday, November 11. Red Flag, 3040 Locust Street. Free. No phone.
Red Flag, the new venue brought to you by Fubar owner Bob Fancher and located just across the street from the long-running, now-closed venue, is absolutely staggering in its ambition. A huge space with a top-of-the-line sound system, multiple bars and a balcony incorporating several shipping containers redesigned for human comfort, the new space looks like it could give the likes of the Pageant a run for its money — and that's some of the highest praise a venue can get in this town, considering the accolades the latter regularly pulls locally and even nationally. It also comes along at one of the worst possible times, with a concert calendar that was absolutely decimated as the coronavirus pandemic took no prisoners in the world of live entertainment and resulted in the cancellation of, well, pretty much everything. And so, Red Flag has sat and sat, patiently awaiting the day that it could finally open to the public and let its wonders be known to the world. That day is finally here. Red Flag opened this month for a few small socially distanced events — including at least one concert — and pretty much everyone who has stepped through its doors has been gobsmacked by what they saw. The venue has already begun adding small shows featuring mostly local acts to its calendar, operating in a reduced capacity to comply with COVID-19 guidelines. In the meantime it has opted to host regular movie nights on Wednesdays as well, and this week has some good ones on the books. November 4 will see a showing of Blade Runner 2049, the 2017 sequel to the 1982 classic, and on November 11 it will show 2018’s part-revisionist war drama, part-zombie thriller Overlord. Both movies are worth your time, but more than anything stopping by will allow you something of a sneak peek into what’s sure to be a game-changing new St. Louis venue as soon as this damned pandemic is in the rearview mirror. Speaking Of: For its movie nights as well as the smaller shows it currently has on the books, Red Flag will be operating at a reduced capacity, as well as requiring masks, doing temperature checks and encouraging social distancing in order to slow the spread of COVID-19. Plan accordingly.

Jeremiah Johnson
6 p.m. Friday, November 6. The Grandel, 3610 Grandel Square. $10. 314-533-0367.
2020 has been something of a mixed bag for St. Louis' Jeremiah Johnson. On the one hand, the album he released at the start of the year, March's Heavens to Betsy, had the distinct honor of reaching the No. 1 spot on Billboard's blues chart in April. On the other hand... well, you know the rest of the story. Johnson's career was suddenly kneecapped at about the same time, thanks to that damned coronavirus epidemic, and he watched in dismay as all of his touring plans — including a four-week European run — all evaporated in almost an instant. But not one to rest on his laurels, the blues-rocker kept finding gigs wherever he could, including a performance at one of the first live-music events to take place in St. Louis since the start of the pandemic, as part of the drive-in movie and concert series in the parking lot of the closed St. Louis Outlet Mall that took place in May and June. "I just felt like it was something that we needed," he told RFT of the show. "That if I could be a part of it, I thought it was a good idea." He’s since taken his frustration at the state of the world — and that of his own career — and channeled it into a new album, Unemployed Highly Annoyed, released in late October. Johnson has been able to book some smaller, regional events in recent weeks, but this will be the first show in his hometown since the new album’s release — let’s make it a good one and see if we can alleviate some of that annoyance.
Open for Business, Safely: The Grandel's Open Air series, presented by the Kranzberg Arts Foundation, has been consistent about safety for its events. In keeping, this show will take place in a socially distanced fashion in the heated tent behind the venue. Reservations and masks are required, and parties are limited to six people per table. For more info, visit kranzbergartsfoundation.org/covid-19/open-air-mitigation-policies.

GZA Liquid Swords 25th Anniversary Show at (Le) Poisson Rouge
10 p.m. Friday, November 6. Livestreamed event. $16. lpr.tv.
Greenwich Village’s celebrated underground music venue and multimedia art cabaret (Le) Poisson Rouge has been closed since March due to (you guessed it) COVID-19, but since early October it has taken on a new life as a livestreaming destination for some of the city’s best acts to share their art with the world. Cults was the first to kick off the series with a release show for its latest, Host, and since then such favorites as Jose James, !!! (CHK CHK CHK) and Too Many Zooz have all put in time at the space. That's all well and good, but this week is special: Wu-Tang Clan founding member (and arguably its most mesmerizing lyricist) GZA will be celebrating the 25th anniversary of his 1995 solo album Liquid Swords, performing the classic album in its entirety. Landing with a massive thud upon its release (in the same year as Ol' Dirty Bastard's and Raekwon's debut solo records, no less) Liquid Swords helped cement the Wu-Tang Clan as one of the most vital hip-hop acts of the ‘90s, with its complex lyricism and cinematic imagery making it a classic that has since been cited by many as one of the best hip-hop albums of all time. The show will feature full stage production and audio straight from the venue's soundboard, and, if we had to guess, it just might feature some special guests, making this one a must-see affair.
Save Our Stages: (Le) Poisson Rouge, like venues across the whole country, has been feeling the financial pinch since being forced to close, and livestreamed shows such as this one are meant to help bring some money in during a dire time. If you can afford it, consider dropping $19.99 for a monthly subscription to the venue’s livestreamed events, and know that the money is going to a good cause.