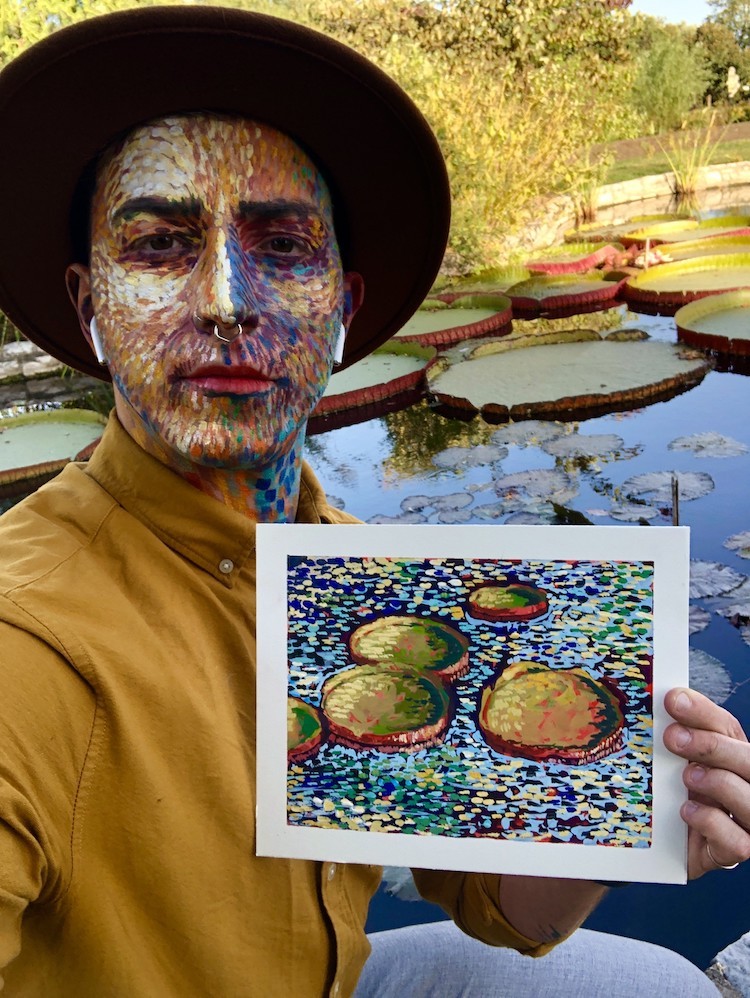 St. Louis artist Nicholas Holman gained his claim to fame on the Tik Tok. He has 71,000 followers and 1 million likes since his first post on the social media app in May.

Holman says he got 30,000 new followers in one day after posting a video of him painting the St. Louis Basilica. He also posts videos of illustrations of U.S. states and people's pets.

Holman served at restaurants before making a living on his art alone. A boost from Tik Tok gave him what he needed to show his talent and focus on art as a full-time career.

Holman lets his personality come alive through his videos. Coining himself as "your local gay Bob Ross", he adds witty commentary to the art he shares on Tik Tok.

"Welcome back to the gay Bob Ross show," Holman said to start a video in May.

The Bob Ross style shows through his soft voice and nature paintings. This way there are no mistakes in his videos, only happy little accidents.

He says Tik Tok gave him an opportunity that no other social media app could. On Instagram, Holman says he felt like he was posting to no one. Everyone has the chance to make it big on Tik Tok, he adds.

A graduate of Fox Senior High School in Arnold, Holman moved to Arizona in February only to find himself stuck shortly after amid the COVID-19 pandemic. He moved back to St. Louis a few months ago and continued to take off on Tik Tok.

"It just really excites me that this platform even exists, because I think I've tapped into a part of myself that I couldn't really express anywhere," Holman says.

He takes states' central themes and adds them to his state illustration videos, which have gotten upwards of 100,000 views. Missouri's includes the Arch with the painting of Ha Ha Tonka State Park in the background.

Holman will paint a portrait of your pet for $75. His website also contains murals, posters and stickers of his art.

Holman uses his platform for social causes as well. He managed to raise $3,400 for the Black Lives Matter movement from T-shirts and other clothing and donated the profit, he says.