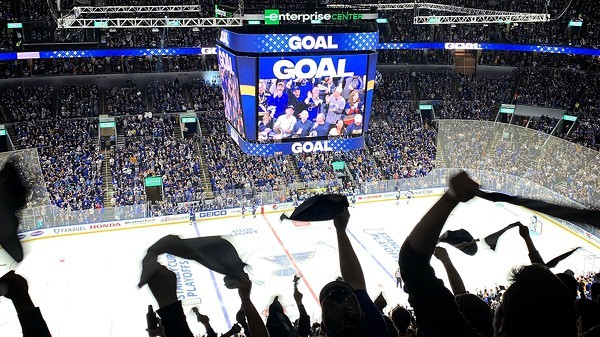 Did the Blues lose all three of their round robin games? Yes.

Did they drop to the fourth seed in the Stanley Cup playoffs? Yes.

Did they, at times, look lackadaisical and lost? Unfortunately, yes.

Does any of this matter now that the first round is here and we’re about to officially drop the puck on the 2020 playoffs? Well, maybe. Kinda. Sorta? We’ll see.

With home ice advantage meaning little more than the last line change, did the Blues take any of their “play in games” seriously? Coach Craig Berube seems to think that might have been an issue, as he told Jeremy Rutherford of the Athletic over the weekend.

“We didn’t play well in the round robin, we played periods here and there, spurts here and there, but there wasn’t a ton of pros for us," Berube says. "The cons of it all — the games probably didn’t mean enough, you know? And that’s the best way I can put it.”

The games might not have meant much as far as home ice goes, but they did set the first round match-ups. The Blues could have been facing a team they dominated all year in the Chicago Blackhawks, or one of two teams led by St. Louis natives in Clayton Keller's Arizona Coyotes or Matthew Tkachuck’s Calgary Flames.

What we get instead is the very young and very fast Vancouver Canucks team.

While the Canucks might not be able to match the Blues depth, they may have them beat in first-line talent. The up-and-coming stars Brock Boeser, Quinn Hughes, Elias Pettersson, and Bo Horvat anchor a top-heavy lineup that is very dangerous offensively.

The fourth-ranked power play of the Canucks could also cause problems for a Blues team that took fifteen penalties in their three round robin games. The Blues also struggled in another spot where the Canucks excelled, being outscored 6-0 in the third period of those games, whereas the Canucks outscored their opponent the Minnesota Wild 4-0 in the final two games of their 3-1 series win.

But if the Blues can shut down Vancouver’s superstars, things should begin to fall in place for them on the way to a first-round victory.

Once you reach the third and fourth lines the Blues championship-level depth will really be able to take this series over. The Blues will skate guys on their fourth line like Alexander Steen and Oskar Sundqvist, who would be top-six talent if they were wearing the opposing colors. And if anyone can shut down superstars, it's this team, led up front by superior defensive forwards like last year's playoff MVP Ryan O’Reilly, as well as Brayden Schenn and Jaden Schwartz.

The Blues defense should also cause problems for the Canucks. Captain and perennial Norris Trophy candidate Alex Pietrangelo, with Colton Parayko, Vince Dunn, Justin Faulk, Marco Scandella, Carl “Boom Boom” Gunnarsson and Robert Bortuzzo have no real match in the NHL when it comes to depth of talent. They are all above-average to elite puck movers, and none are shy about getting involved in the play up the ice.

In net, the Blues would also seem to have the clear advantage pitting Stanley Cup champ Jordan “Don’t ask me if I'm nervous” Binnington against Jacob Markstrom, a 30-year-old netminder who has bounced between the NHL and AHL quite a bit in his career, having only two full seasons to his name and a career record of 110 and 118.

Should the Blues be able to “flip the switch” and regain their Stanley Cup form, this series should be tilted in their favor. However, this is the playoffs where anything can happen — and often does — so it's hard to say this one is in the bag.

Our final prediction is the Blues continue to protect the cup and win this best of seven series in five games or less. Be prepared to stay up late and party! You can catch all the action starting at 9:30 tonight. Lets Go Blues!

Check out the schedule for the series below: