St. Louis Wrestler Warhorse Is on the Rise After Making His National TV Debut 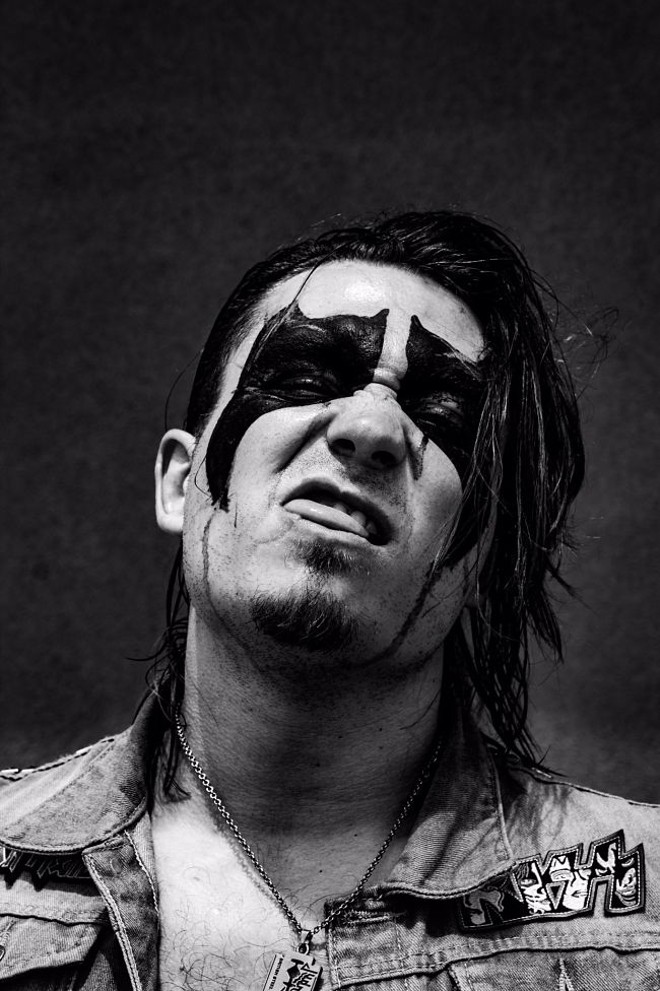 Throughout this nightmarish hellscape we refer to as the COVID-19 pandemic, one live professional sports extravaganza has refused to yield. Professional wrestling has been running television and pay-per-view events from empty arenas weekly with industry leaders All Elite Wrestling and World Wrestling Entertainment hosting shows from their respective home bases of Jacksonville and Tampa, Florida.

Independent wrestling, however, has ground to a halt. In a business of independent contractors, stable employment is hard to come by. Most professional wrestlers not employed by one of the few large companies prefer to spend their time freelancing — traveling from city to city, state to state, and country to country in pursuit of bookings, working seven nights a week at times just to keep the lights on.

But with smaller-scale shows around the world put on hold due to the pandemic, these bookings have largely run dry. And with those shows vanishing, so have the dreams of many independent professional wrestlers.

But that isn’t the case for St. Louis native and eight-year wrestling veteran Jake Parnell, better known to fans as Warhorse. At a time when others are throwing in the towel and getting “real jobs” (something Warhorse briefly tried) Parnell instead decided to focus his attention on the thing he’s wanted since he was a young child: pro-wrestling stardom.

On July 29, after months of intense online lobbying from the heavy metal maniac and his legion of fans, Parnell went head to head with legendary superstar Cody Rhodes on national television as a part of the TNT Title Open Challenge.

Rhodes, a performer and operating partner with All Elite Wrestling, instituted the open challenge as a way to share the national television spotlight with unsigned independent wrestlers at a time when they are struggling to get on shows. The matches give not only a nice payday, but also a chance to connect with new fans who can support these independent wrestlers by purchasing their merchandise or videos featuring their matches. But most importantly, as has been the case with both Ricky Starks and Eddie Kingston, these matches sometimes lead to full-time contracts with AEW.

The July 29 match, much like most of life, was back and forth. Warhorse got his shots in and Rhodes got his shots in. Both men gave their all to satisfy wrestling fans around the world watching from the safety of their own homes. And while Parnell came up just short of winning the TNT title, going toe to toe with Rhodes and inching that much closer to grabbing his dream was the greatest victory of his career. So far.

We hooked up with Parnell to discuss not only the biggest night of his life but also his love of pro-wrestling, heavy metal and banging heads.

Where did you get your start in the business?

I trained with Dynamo Pro at the Lemp Brewery in St. Louis. I was trained by Dingo, Ricky Starks and the Hooligans. I had wanted to be a wrestler since I saw the Invasion ‘92 tape and the image of Hulk Hogan was burned into my brain.

A lot of people say your character is a throwback to the larger-than-life era of the ‘80s. Who were some of your favorite wrestlers growing up?

You’re also well-known for your love of larger-than-life heavy metal characters. Who are some of the bands that make the Warhorse head bang the hardest?

When you first heard of AEW and the TNT open challenge were you immediately interested in getting involved?

It started as fans requesting me, but snowballed into a huge movement that they eventually took notice of. Grassroots is a very real thing.

When did you really begin to understand the momentum of the Warhorse legions and feel this match was actually going to happen?

When various wrestling news sites started to make articles and cover the momentum I knew something might be up.

How did wrestling without fans affect your performance?

It made the whole experience a lot less nerve-wracking, but I do wonder what it would have been like wrestling in front of 10,000 rabid AEW fans.

Was it harder to go out and give 100 percent without the adrenaline boost of a live crowd?

It definitely took a bit to get in the zone, but once the pyro went off and my head started banging the adrenaline was right there where I needed it.

Were you required to take your temperature or agree to self-quarantine ahead of the show or anything of that nature?

They had us perform several tests. They also had mask requirements and specific zones for anyone who was awaiting tests to wait in before interacting with anyone on staff. The whole process was impressive to say the least.

Do you think more wrestling companies should try broadcasting shows without fans in attendance or would you prefer everyone sit tight and try to wait this thing out?

I think it’s based on region. Some areas have been hit harder than others. And some smaller companies may not be in a position to test in the same manner that AEW does, so there would always be a bigger risk for outbreaks. For now I think the no-crowd events are a great way to go.

Do you have any upcoming bookings where fans can see you?

I have some shows and events coming up in Chicago, Dallas and several events for the rest of the year that are local. St. Louis Anarchy runs in Alton, and you can come see Warhorse smash some heads in on August 21st.

What is your next goal in wrestling?

As far as my future goes, I’m not sure. I have a comic book coming out (Warhausen comic), I’m featured in the new Retromania video game coming out soon (Retrosoft Studios) and I’ve had a documentary made by Kenny Johnson (Becoming Warhorse). I’ve wrestled in Canada and Mexico, so I suppose the next logical move would be to bang heads in Europe and Australia.